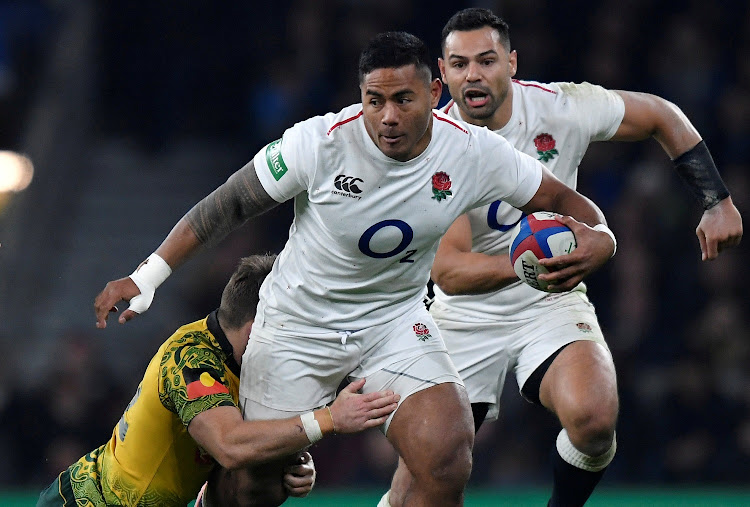 London - Elliot Daly will replace the injured Henry Slade at outside-centre for England in their final Six Nations game against Ireland in Dublin on Saturday in the only change to the side that beat France last week.

Daly, who has been England’s regular fullback for three years after switching from the wing, was dropped to the bench against France but looked sharp when coming on as a replacement. His first start for England in 2016 was also at centre, but since then he has always played in the back three.

With Slade ruled out with a calf injury, the only other change to the squad is the addition of Harlequins centre Joe Marchant to the bench. Coach Eddie Jones said he made the shuffle with the opposition in mind, as replacement Ollie Lawrence and uncapped squad member Paolo Odogwu are not ideally suited.

“When you play Ireland at the Aviva Stadium it’s generally a big aerial contest,” he told reporters on Thursday. “You have someone in your backline with a left foot which Sladey gave us, and Elliot can fulfil the same sort of duties as Slade did.

“Elliot’s had to dig down deep into himself and find the best of himself. It’s been a tough Six Nations for Elliot and he’s coming back into his best form and he’s got a great opportunity in his preferred position.

“His work-rate off the ball, his ability to get back on kick returns and his ability to kick chase is going to be really important. He’s strong defensively and we know he’s a penetrative runner. If we get some quick ball, he’ll trouble them on the outside.”

That is what England fans will want to see, as a continuation of the wonderful display of attacking backline rugby on display at Twickenham last week, particularly in the first half, but Jones warned that things were likely to be a bit more pragmatic this time.

“Experience tells us that if you play in a game like that, like the World Cup semifinal where there is a lot of ball movement, the next game generally the opposition try to take that away from you, which is sensible.

“So we’re preparing for an attritional game and if it happens to go the other way then we want to be ready to take our opportunities.”

England are seeking a fourth successive victory over Ireland, who are second in the standings on 11 points, while Jones’s defending champions are fourth, on 10.

Playing in empty SA stadiums is commercially unviable, hence the increased talk of staging event in Britain
Sport
1 month ago
Next Article