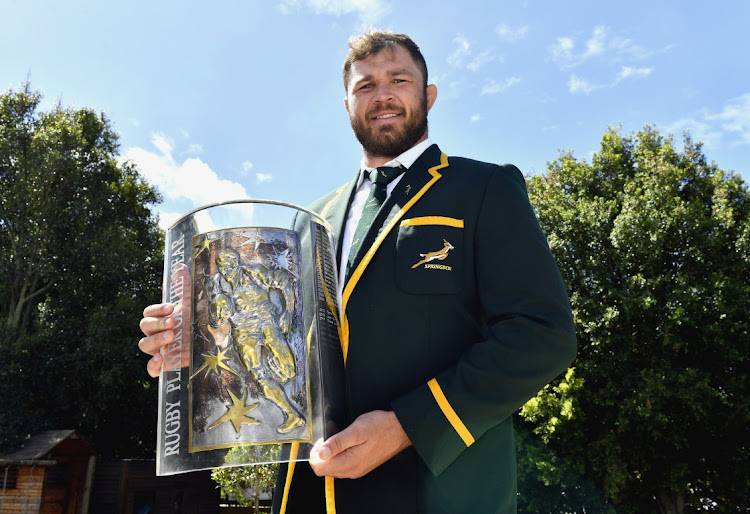 Affectionately known as “Thor”‚ Bulls No 8 Duane Vermeulen has nailed down the title of SA player of the year for a second time.

He led the charge as the Bulls almost made a clean sweep at the annual SA Rugby awards that was announced electronically on Thursday.

The Bulls‚ champions of Super Rugby Unlocked and the Currie Cup‚ won in almost every category.

Vermeulen‚ who captained the Bulls to two titles‚ also won the Super Rugby Unlocked player of the year award.

As expected Bulls coach Jake White walked off with the gong for coach of the year‚ while Cornal Hendricks capped a brilliant season by being named Currie Cup player of the year.

The Lions’ Wandisile Simelane was named young player of the year. The former Junior Springbok star got his first taste of senior rugby in green and gold in the successful Springbok Showdown before going on to star for the Lions in the local competitions.

Stedman Gans‚ who made a successful transition from the Blitzboks to star for the Bulls after the World Rugby Sevens Series was cancelled‚ was named Springbok Sevens player of the year. The Blitzboks won two tournaments out of six to finish second overall on the standings.

Jaco Peyper‚ the long time top referee in the country‚ was named referee of the year.

“It was a very tough season but Duane was superb — not only on the field‚ where his performances were on par with the very high standard we’ve become accustomed to from him‚ but he also led the Vodacom Bulls with aplomb as our teams had to navigate numerous new curve balls and challenges‚” said Mark Alexander‚ president of SA Rugby.

The winners and finalists for 2020:

Team of the year: Bulls

Coach of the year: Jake White

Referee of the year: Jaco Peyper

Playing in empty SA stadiums is commercially unviable, hence the increased talk of staging event in Britain
Sport
1 month ago