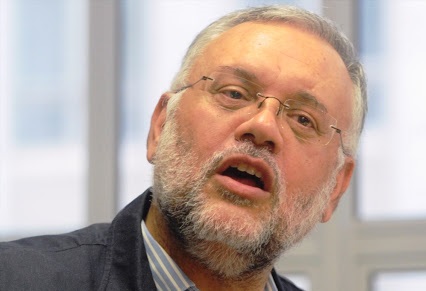 They left their old home partly because it is a relic‚ but Western Province will start life at Cape Town Stadium desperate to hold onto some of their traditions.

The most steeped in history and decorated team in the country will make their long anticipated move across town from Newlands when they play the Cheetahs in the opening round of the Franchise Cup on Saturday.

WP board chair Ebrahim Rasool said the organisation was desperate to make the stadium feel like home‚ but they were equally eager to tap fully into the commercial opportunities their new home presents.

With the move happening while Covid-19 restrictions are still in place‚ Rasool and company have time to get themselves properly organised before crowds are allowed in.

“What is the likely scenario that will emerge post-Covid sports watching?” he asked rhetorically.

“Newlands was surrounded by residential areas‚ Cape Town Stadium is surrounded by tourism. How do we synergise rugby‚ golf‚ the Waterfront experience‚ boat rides‚ fan walks like was the case in the World Cup 2010, etc? We must learn from the sevens experience and put it on steroids.

“Cape Town Stadium is one of the most e-enabled stadiums in the world. We have to look at how we can enhance the online experience of the stadium. It will be a balance between long-standing traditions and the technology that is available.”

He said they want to retain as many of the traditions as possible‚ some more questionable than others.

“Like the parade when the team bus arrives with the minstrels‚ we also want to embrace the future‚” said Rasool.

Often‚ however‚ the sound of the minstrels was drowned out by the heckling of the so-called Cape Crusaders fans when the home team’s bus pulled up outside Newlands.

With Super Rugby at an end‚ will those fans be engaged by WP?

“Look‚ those are absolutely critical people‚” said Rasool. “Whatever they say to us‚ they pay for their tickets. And so they are clients although not fans of our team.

“Rugby at Cape Town Stadium will be rugby for all. Our job is not to berate the Cape Crusaders. We have to win them over.

“Imagine had we succeeded in getting Lima Sopoaga to sign for us. Those are the innovative ways of converting Cape Crusaders so that at best they have two teams to support. While we play in the north, they can reserve their rights in the south.”

He stressed that a trip to the stadium should be a match-day experience that transcends the 80 minutes from kickoff to final whistle.

“It must be more than a rugby experience. We need to include the things that attracts‚ say‚ 100,000 people to a Super Bowl experience‚ without dragging out the halftime break.

With Cape Town Stadium’s capacity offering about 20,000 more seats, WP have to slightly alter the marketing of their tickets.

“We should sell family tickets instead of individual tickets. There are enormous possibilities that are opening up for us.”

While their relocation means they can smell the sea and hear the seagulls‚ they still have a considerable albatross around their neck — Newlands‚ and what happens to the grand old dame once the shutters go up.

“That is a matter the shareholder [WP Rugby Union] is negotiating. There is an existing agreement with Flyt Properties‚” Rasool said of the redevelopment deal that has turned sour.

“It is my hope that when there is agreement, that Newlands becomes a source of revenue for WP rugby in perpetuity. Hopefully the development plans will create that foundation and that we don’t have to scrounge around for money.”

It may of course have completely the opposite effect.