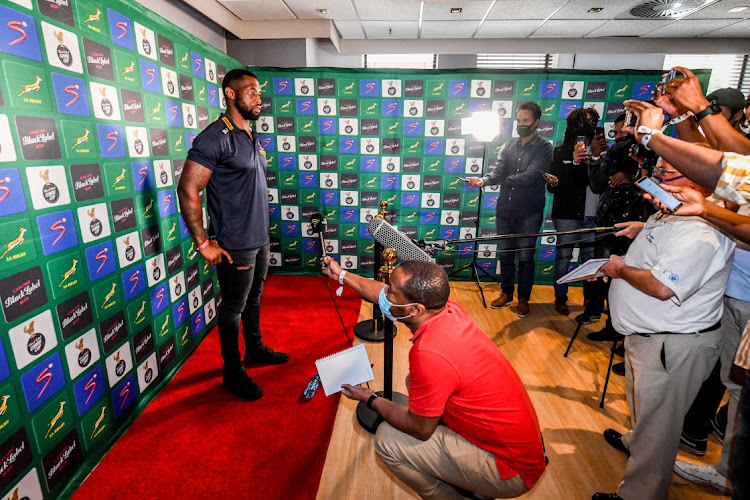 Stormers captain Siya Kolisi has welcomed the tantalising prospect of some of the Springbok players turning out in the Carling Currie Cup when the event kicks off later in November.

The world’s oldest provincial rugby competition starts at end-November with the final scheduled for January 23‚ 2021.

It was also announced that log points from Super Rugby Unlocked will be carried over to the Currie Cup.

“A lot of us Springbok players got our opportunities through the Currie Cup‚” said Kolisi, who led the Boks to Rugby World Cup success over England in Japan just more than a year ago.

“This is the best way for us to test each other. I believe the competition is going to be a good [barometer] to see where we are. It is also important because this is an opportunity for us to grow SA rugby.

“We want people to be watching and to watch the best players available in SA. Hopefully we can all be fit so that we can have a full-on Currie Cup. It will be awesome to pull on the blue-and-white hoops of Western Province for the next couple of games.”

Kolisi‚ who is nursing a grade one hamstring injury‚ said the Currie Cup has a special place in his heart. “[The] Currie Cup is where my [professional] career started. I played U19‚ the following year I played Vodacom Cup and then Currie Cup was the next challenge for me. That’s where you have to prove yourself against some of the best players in the country. I got my opportunity and I took it with both hands.

“I have always been grateful for the competition but I don’t have a lot of caps. I think I have about 29‚ 30 caps. Playing in the Stormers jersey is always special, and I have never been able to win a trophy as a Western Province or Stormers player.

“I really want to give it my best because I have been there for 10 years now and I am looking forward to giving it my all.”

Bok teammate Elton Jantjies agreed that the Currie Cup had a special place in SA rugby.

“It is a special competition — 2010 is the competition where I played my first senior rugby game. So it is something that I cherish and it is a competition I believe is good for SA rugby.

“It is a blend of youth and experience and it is key for the development of young players to get exposure to senior rugby. Some of us can pass on some experience to the younger players and what it takes to become a Springbok‚” said Jantjies.

Kolisi also reflected on the moment he lifted the World Cup in Yokohama just more than a year ago.

“Just seeing people celebrating a year since we won the Rugby World Cup on Monday reminded us of how it felt a year ago. It is such a great feeling that I really hope we can keep.

“As coach Rassie Erasmus has said‚ what we did at the World Cup wasn’t pressure‚ but something that we love and we are able to impact other people’s lives.

“It’s been a difficult year from a rugby point of view and going around the country during Covid-19 you realise it is not that bad for me and my family.

“I have seen what people are going through in our country and it was really difficult to see.

“Career-wise‚ not being able to play was tough‚ especially after coming from such a high and staying at home and not seeing our teammates. I [wish] we could have continued with that momentum but it was not to be.”

GAVIN RICH: Boks must stay in touch with rivals while not playing international ...

GAVIN RICH: Boks must stay in touch with rivals while not playing international ...