With Kwagga Smith still out injured, coach calls up lock Stephan Lewies for tour to Australia 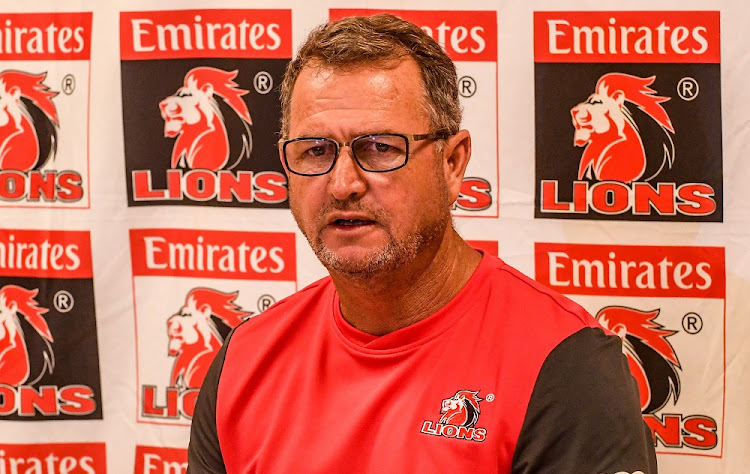 There still is no Kwagga Smith but the Lions will have a more grizzled look when they take on the Brumbies in a Super Rugby match in Canberra on Saturday.

The prognosis for Smith‚ who injured his groin in the win over the Rebels‚ was an absence of six weeks but he was included in the touring squad that left for Australia on Tuesday.

In his continued absence, coach Swys de Bruin has recalled regular lock Stephan Lewies to the side of the scrum where he will don the No 7 jersey‚ while Cyle Brink‚ who made his long-awaited return from injury last week‚ and Hacjivah Dayimani complete the backrow.

Dayimani has been restored to a position where he can make greater impact but the Lions’ loosies are likely to have their hands full with breakdown specialist David Pocock expected to be back for the Brumbies.

Lewies returns to the position he occupied when the Lions beat the Sunwolves in Singapore in March. Lewies‚ a one-time Springbok has not soared to the heights the Lions had hoped and he has been unable to hold down a regular spot in his preferred position in the second row. His lineout prowess, however, will make him a welcome addition against the crafty Brumbies’ pack.

Among the backs De Bruin opted for the experience of Ruan Combrinck on the right wing‚ while Aphiwe Dyantyi‚ who featured at outside centre against the Sharks last Friday‚ is back on the left wing. He should revel in more space.

Franco Naude is back at inside centre next to Lionel Mapoe who will play his 100th Super Rugby match for the Lions on Saturday. Mapoe has played in 116 Super Rugby matches in total having also represented the Cheetahs and the Bulls in the competition.

The Lions’ inexperience in certain positions showed last week as they were crushed by the Sharks, but De Bruin has shored up his team with seven players in the starting line-up having played more than 60 times in Super Rugby.

Malcolm Marx again leads the side in the absence of regular captain Warren Whiteley‚ with the latter expected to join the squad in New Zealand next week as they prepare to take on the Chiefs in Hamilton.

Whiteley has been sidelined since the second week of the competition with a pectoral muscle injury.

GAVIN RICH: Suspension for Schalk Brits could be a blessing in disguise

GAVIN RICH: Kiwis have tempo and flair while SA barges and bludgeons