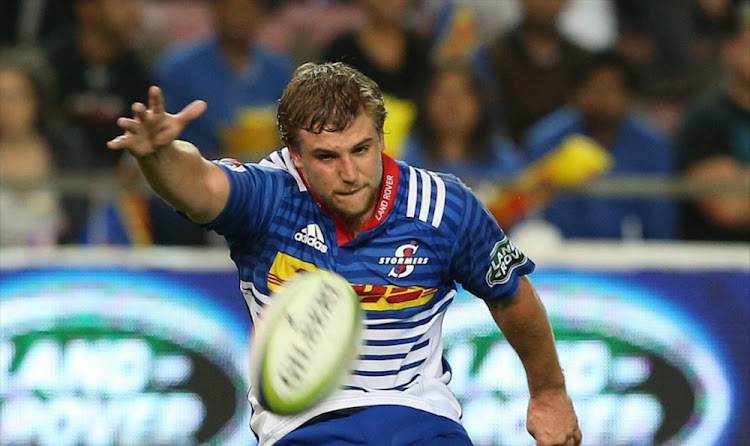 Stormers coach Robbie Fleck has resisted calls to play Damian Willemse at flyhalf‚ preferring Jean-Luc du Plessis over the Springbok for the team’s final tour match against the Rebels in Melbourne on Friday.

The only change to the backline from the side that lost 24-12 to the Reds last week is the return of scrumhalf Herschel Jantjies to the starting XV.

Former Blitzbok superstar Seabelo Senatla is set for his first 2019 Super Rugby appearance if he comes off the bench after being included among the reserves.

Up front‚ Fleck has been forced to shuffle his cards due to injuries and resting protocols. Loosehead prop Steven Kitshoff will captain the Stormers for the first time.

There are six changes to the starting team from last week’s defeat in Brisbane as the Stormers aim to end an 11-match losing streak outside SA.

“We never really gave any thought to bringing Damian Willemse in at flyhalf‚” Fleck said. “Due to the number of changes that have been happening over the past few weeks with injuries‚ we needed some continuity in the backline.

“It’s one area where we have had some consistency in selection and it was important it stayed that way. We have backed those combinations.”

On the captaincy‚ Fleck said that Kitshoff has evolved into a natural leader of the team.

“Kitsi has been part of our leadership group since he returned from France [two years ago]‚” Fleck said. “Much like Pieter-Steph‚ he is a quiet leader who does it by example in the way he trains and plays every week.

“He is a very well-respected player in the group. When he speaks‚ he speaks confidently and the players and the management listen. It was a natural decision and it is something he is keen on. He asked to take on a leadership role when he returned from France‚ so it was easy.”

Van Rhyn‚ who played lock for the Junior Boks‚ earned the nod over Juarno Augustus because of his lineout ability.

Fleck pointed out that the Stormers had lost Eben Etzebeth‚ Pieter-Steph du Toit‚ JD Schickerling and Chris van Zyl on tour and needed to boost the set piece by including another lineout specialist.