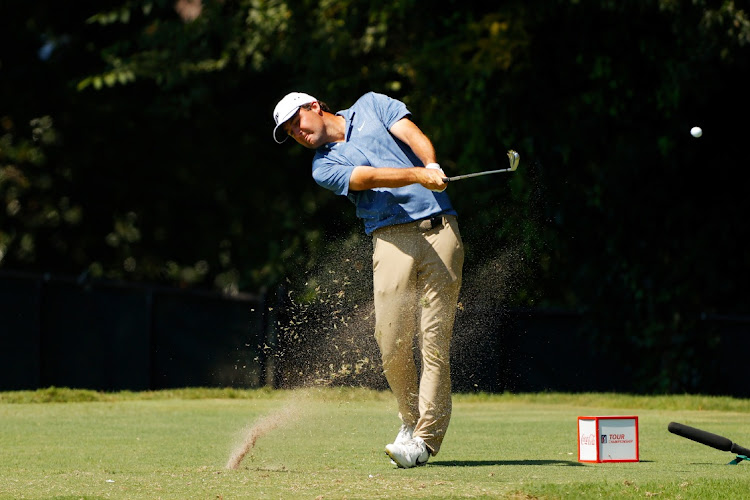 Despite Scottie Scheffler coming into the 2022 Masters as the world’s No 1-ranked player, few gave the 25-year-old much hope of donning the tournament’s famous green jacket on Masters Sunday.

In fact, his odds before the first major were +6,000 to win and were +1,400 on the eve of the tournament (courtesy of PointsBet). Punters took a serious look at the young pretender, and his odds shot up to +110 after he grabbed a record-tying five-stroke lead at Augusta National in the second round.

The favourite going into the final round, Scheffler finished on 10 under par and is now the reigning Masters champion — and very much the planet’s best player.

The likable American is so good, it seems, that he could even afford himself the luxury of four-putting the final green at Augusta and still winning by three strokes.

It’s hard to imagine that, barely three months ago, Scheffler had not won a single event on the PGA Tour.

Sure, he seemed to always be in contention, and yes, he played a key role in the victorious US Ryder Cup team at Whistling Straits in 2021, but no-one could have predicted the ridiculously hot run he would start the year with.

Beginning the year in 14th spot in the world rankings, Scheffler won the Waste Management Phoenix Open, the Arnold Palmer Invitational and the World Golf Championship Match Play — all before end-March.

Suddenly, Scottie was the 25th player to wear the World No 1 crown. And then, to cap it all off, he won the Masters by some distance, making it look easy as he finished eighth in driving accuracy, sixth in greens in regulation and fifth in putting.

Due to those four wins, by the end of the Masters he was the first player to achieve such a feat since David Duval in 1999. But unlike Duval, Scheffler hardly built up to it.

Yet, as I remind myself, we have been here before. Often.

Players hit hot streaks and, for a stretch of time, seem unbeatable. Tiger Woods did it, time and again. In recent times, before Scheffler there was Jon Rahm. Before Rahm, Brooks Koepka, and before him, Jordan Spieth.

You might want to cast your mind back to Rory McIlroy circa 2014, when the youngster won the BMW PGA Championship, The Open, the WGC-Bridgestone Invitational and the PGA Championship over a stretch of just three months. We all expected McIlroy to make huge inroads on Woods’s many Major records, but his streak ended — as they all do — and that 2014 PGA Championship remains the Irishman’s last Major title.

Many elite players are capable of outrageously hot streaks. Some last for weeks, others for months. Only Woods managed to extend that streak to about 20 years.

The key to success, I guess, is to ride that wave for as long as it lasts, lest it ends suddenly.

His game is a perfect fit for modern golf — he is long, unusually straight, he can putt with the best of them and those pin-seeking irons are a huge addition to an already impressive arsenal. He has an unflappable demeanour that makes him appear at least 15 years older than his tender 25 years of age.

It’s also caught the attention of his peers, many of whom have been playing for second place while Scheffler’s flame burns so brightly. Woods — a man more accustomed to the phenomenon than any other — calls the feeling of being able to do no wrong on the golf course, being in a “window”.

“We take care of it in those windows,” Woods said. “Scottie seems to be in that window right now.”

“It’s historic,” said close friend and fellow PGA Tour player Will Zalatoris. “He is playing the best golf in the world. This is very reminiscent of Jordan Spieth in 2015. Any time he tees it up, he has a chance to win. There are no weaknesses in his game.”

During his postvictory media conference, Scheffler admitted that he didn’t feel he could win on Sunday morning but encouraging words from his wife got him on to the golf course and the rest, as they say, is history.

Having lived through and survived the roller-coaster of emotions that came with challenging for, and winning the Masters title, Scheffler will do well to remember that this kind of dominance tends to be fleeting.

There will come a time when the putts don’t drop as easily as they used to, and the ball seems to bounce into trouble instead of away from it. Until then he needs to find a way to keep the window open for as long as possible.

“I’ve never been a guy that likes to look too far into the future,” he said. “Just staying present is what works best for me.”

Aldrich Potgieter, Casey Jarvis and Kiera Floyd among future stars of the game
Sport
1 month ago