IMF highlights special role of governments to protect the vulnerable 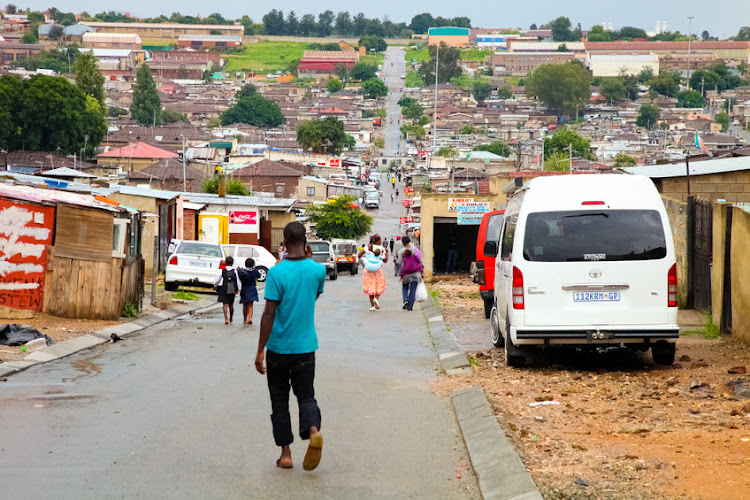 People walk in a street in Alexandra, Johannesburg. Picture: 123RF/sunshineseeds

Governments must target fiscal support for vulnerable populations hit hardest by rising energy and food prices with food insecurity worsening thanks to Russia’s war in Ukraine, the IMF said on Wednesday.

Higher food and energy prices have heightened the risks of social unrest, especially in low-income countries already struggling with high debt with the Covid-19 pandemic and now facing higher borrowing costs with interest rates rising, the IMF said in its latest report on global fiscal developments.

Gaspar said there was ample evidence that financial crises, pandemics and volatile or surging prices could worsen division and strife. Fiscal policy had an important role to play in addressing such problems.

“It is an absolute imperative for public policies everywhere to provide food security for all,” he said, advocating targeted, temporary measures such as cash transfers instead of broader, generalised subsidies that could be costly.

Measures taken by many governments to limit rises in domestic prices could also worsen global mismatches between supply and demand, driving prices even higher.

Gaspar said poor households spend up to 60% of their budgets on food, compared with only 10% for the average household in advanced economies.

Many countries lack the spending power to fully address the latest crisis, after unprecedented outlays at the height of the Covid pandemic that drove global debt to $226bn in 2020, the largest one-year surge in debt since World War 2.

“We believe that the global debt risks are quite significant. They affect some countries in all country groups,” Gaspar said, pointing to high yield spreads on some emerging market debt that reflected growing market perception of risk.

Gaspar said the IMF would continue to push for change to ensure greater clarity about the Group of 20’s common framework debt restructuring process and quicker timelines, as well as a freeze in debt payments during negotiations, and comparable treatment of private and public creditors.

“The case for a global solution is very strong. We are working hard to try to make it happen,” he said.

In Brazil, about 3.4-million students dropped out of private universities in 2021
World
2 months ago

Amid currents of violence, corruption, decay and vicious xenophobia, so many of us are trying to find a sense of meaning. A new book offers a useful ...
Features
2 months ago