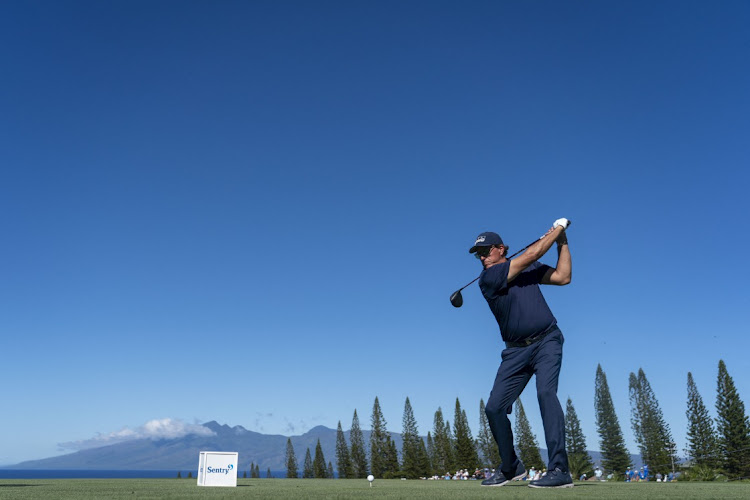 I was going to wax lyrical this week about the abundance of incredible talent I’ve seen during the SA Amateurs and African Amateur Championships on the GolfRSA SA Swing in the past fortnight. But everywhere you turn, Phil the Pill pops up.

Phil. Phil. Phil. Why did it have to be this way? I mean, I was only just coming around to you — and now this. For those who have had their heads buried in the bunker, let’s unpack this.

The Saudis — not exactly the shining light of human rights — are seemingly prepared to invest — and lose — billions of dollar in their latest act of sportswashing.

Sportswashing is using sport to improve a tarnished reputation. In this case, a murderous regime is hoping to use golf to launder their reputation and present an image of Saudi Arabia as a normal country where normal things, such as professional golf tournaments take place.

Fact, not fiction: it’s a country without free speech, full of state-led torture and executions, where homosexuality is considered illegal and where women suffer severe discrimination, with laws guaranteeing their subordination to men. It is also the country where the state allegedly ordered the killing and dismemberment of journalist Jamal Khashoggi.

Yet, to an extent, the sportswashing has been working and golf is far from the only sport to fall under the Saudi oil money spell.

At 51 years of age, Phil clearly doesn’t have too many competitive years left on the PGA Tour, so could he be looking for an easy-money retirement?

Over the last few years, many top professionals on the PGA Tour have been more than happy to make the long haul across the Atlantic to play in the Asian Tour’s Saudi International, and the reason lies in outrageous appearance fees.

Certain professional golfers are more keen to line their pockets than take any moral stand against a murderous, oppressive regime.

Their defence, almost to a man, is that they are not politicians, that their presence in the Gulf state will help to “grow the game”. I guess there is nothing quite like a large wad of cash to clear your conscience.

But let me get back to Phil. My relationship with Lefty has always been rocky — it extends beyond breaking Ernie’s heart to win the Masters in 2004 — but I’ve rather begun warming to him over the past few years. I’ve even managed to get past what appears to be his fake on-course persona and I revelled in his PGA Championship victory last year at the ripe old age of 50.

But Phil is making headlines for all the wrong reasons with his ferocious support of the SGL and it raises the question of why he would do it.

At 51 years of age, he doesn’t have too many competitive years left on the PGA Tour, so could he be looking for an easy-money retirement? Is it worth ruining his reputation for?

Rumours that Phil has lost much money through gambling are rife, but the guy has banked nearly $100m in career earnings on the PGA Tour alone. How much more money does anyone need?

In an interview with US golf journalist Alan Shipnuck, Mickelson brazenly spoke of his eagerness to join the rival tour. His explanation, which is unlikely to please either the PGA Tour or the SGL, was that he was using the SGL to create leverage against the PGA Tour, which he has been a member of for more than 30 years.

Shipnuck writes: “Mickelson told me he had enlisted three other “top players” he declined to name and that they paid for attorneys to write the SGL’s operating agreement, codifying that the players would have control of all the details.

“He didn’t pretend to be excited about hitching his fortunes to Saudi Arabia, admitting the SGL was nothing more than what he called “sportswashing” by a brutally repressive regime.

“They’re scary motherf*****s to get involved with,” Mickelson said. “We know they killed [Washington Post reporter and US resident Jamal] Khashoggi and have a horrible record on human rights. They execute people over there for being gay. Knowing all of this, why would I even consider it? Because this is a once-in-a-lifetime opportunity to reshape how the PGA Tour operates.”

Shipnuck later writes of Mickelson’s “compulsive need to be seen as the smartest guy in the room”, yet the overwhelming response from his peers has been to distance themselves from him, and the SGL.

In the past few weeks, he has been on the end of some scathing comments from, among others, Rory McIlroy, who said, “I don’t want to kick someone while he’s down, but I thought they were naive, selfish, egotistical, ignorant.”

Phil has shanked this one so completely out of bounce and I’m done. We all are, so however this all plays out over the next few months, I’m over it. Next time we’re talking about the stuff that matters — the emerging talent and champions in the making on the GolfRSA circuit.