Surveys confirm that the numbers are increasing exponentially 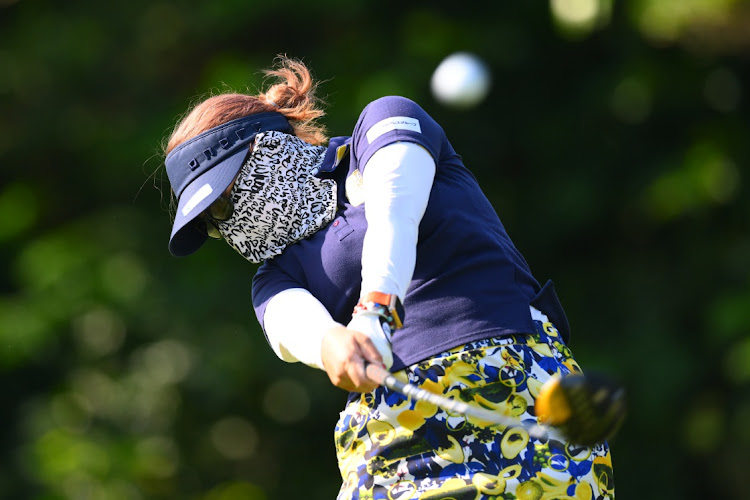 Satsuki Oshiro of Japan hits her tee shot on the 12th hole during the first round of the Daikin Orchid Ladies at Ryukyu Golf Club in Nanjo, Okinawa, Japan, in this March 3 2022 file photo. Picture: GETTY IMAGES/HIROMU SASAKI

It is no secret that golf had a long history of prejudice against women, but thanks to thousands of people and organisations who stepped forward to change that, the male-centric country clubs that characterised the sport have all but vanished, and now the fastest growing segment of the game is women’s golf.

Probably the best demonstration of this explosion is the huge expansion of the LPGA Tour, which has witnessed a 90% increase in total prize pool money in the last decade and, likewise, a year-on-year increase of 18% in unique viewers of LPGA Tour coverage since 2017.

Television has undoubtedly played a large role in the explosion of women’s professional golf, and the notion that women’s sport is becoming increasingly popular was backed up by a Nielson Survey in 2021 that found 84% of sports fans today are interested in watching women’s sports.

In 2022, the LPGA continues to lead the international charge with an expanded season, featuring an unprecedented 34 tournaments with a record-setting combined purse of $87.5m. And taking their cue from the AIG Women’s Open, which upped its prize money to $5.8m in 2021, the USGA has bumped the overall payout for its signature US Women’s Open Championship in 2022 from $5.5m to $10m, with further commitment to bring this figure up to $12m by 2026.

On the African continent, the Sunshine Ladies Tour continues to lead the charge in growing women’s golf.

The circuit launched in 2014 with prize money of just over R1m and 12 international golfers. During the next two years, the number of foreign participants grew steadily, and between 2017 and 2019, international participation exploded as the tour began to establish itself as a premier destination and circuit at the start of the year.

In 2019, more than 70 golfers from 38 countries played a full season and though the number dropped in 2020 and 2021 due to the pandemic, this season has once again seen a rise in foreign participation.

In addition to offering record prize money of more than R13m this year, a host of exciting incentives and extended television coverage, the two season-ending tournaments coming up in  March — the Joburg Ladies Open and the Investec SA Women’s Open — will both be co-sanctioned with the LET, offering a combined prize pool of €570,000.

Investec also renewed their title sponsorship for a further four years from 2022 to 2025 and increased the Investec Order of Merit bonus prize pool to R200,000. In addition, the wealth management company introduced the Investec Homegrown Award in 2021, rewarding a local winner of the flagship event with an additional R100,000.

Along with the increased purses, winners of both co-sanctioned events will gain playing privileges on the LET, and the winner of the Jabra Ladies Classic, providing she is not already exempt, earns a start in the Jabra Ladies Open — the qualifying event for the season’s fourth Major, Evian Championship.

The expansion of the women’s game is not limited to the professional scene.

A study conducted near the end of 2020 found that the increase of young girls taking up the game is even more impressive. According to the study conducted by the US National Golf foundation, 35% of juniors playing golf are girls. This marks a dramatic increase of 226% compared with the same study done in 2000.

Here on home soil, GolfRSA saw a major increase in young participation in national events. No less than 83 juniors contested the Championship and Silver Divisions of the Nomads SA Girls Championship in 2021, and in the 2022 SA Amateur Championships, no fewer than 27 girls aged 15 and under competed in the Stroke Play and Match Play Championships.

Why the rise in women’s golf?

Thanks to the international golf surge that occurred during the pandemic, millions of women took up the game — to the extent that nearly 25% of golfers in 2020 were women. That’s one in every foursome, and that’s progress. And while the restrictions have been relaxed worldwide, the great news is that the numbers of women players are not declining.

LALI STANDER: Heard about the time the shot ricocheted off a tree for a hole in one?

With so many rounds of golf recorded, the weirdest things can and do happen on the course
Sport
4 months ago

While Jon Rahm dominated after moving to Callaway, Justin Rose tanked after signing with Honma
Sport
5 months ago

Travel costs can now be less of a burden for non-pros, but Mickelson doesn’t like limits to driver length
Sport
5 months ago
Next Article