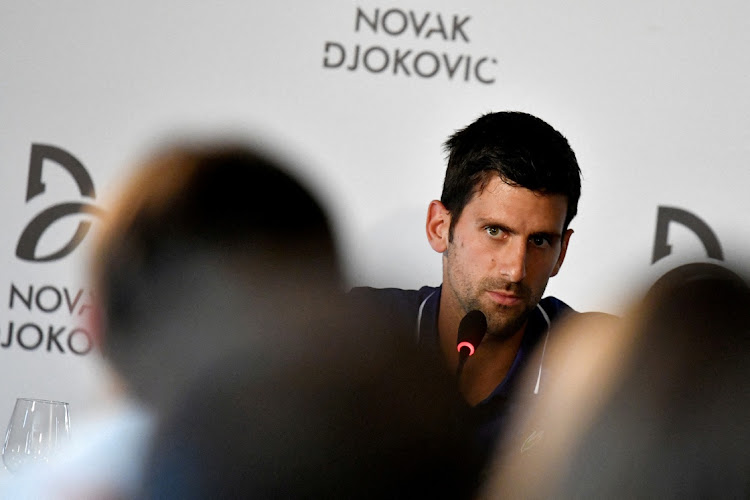 Mumbai — The Australian government had not given tennis star Novak Djokovic an assurance that a medical exemption he said he had to enter Australia without Covid-19 vaccination would be accepted, government lawyers said in a court filing ahead of a hearing on Monday.

Djokovic’s legal team has said the Serbian player had an assessment from the home affairs department that his responses on his Australia Traveller Declaration indicated he met the requirements for quarantine-free entry into the country.

But the government’s submission, released late on Sunday night, said the department’s email was not an assurance "that his so-called ‘medical exemption’ would be accepted", and his responses could be verified on his arrival.

The government submission also challenged Djokovic’s claim for a medical exemption from Australia’s vaccination requirements on the basis he contracted Covid-19 in mid-December.

"There is no suggestion that the applicant had ‘acute major medical illness’ in December 2021. All he has said is that he tested positive for Covid-19," the government submission said.

At the same time, Andy Murray expressed concern for Djokovic, saying that other players were shocked and the circumstances surrounding the world No1’s barred entry into Australia were "really not good for tennis".

The Serb was hoping to win a record 21st Grand Slam at the Australian Open later in January, but instead of training, he has been confined to a room in a hotel in Melbourne used to accommodate asylum seekers.

"I think everyone is shocked by it, to be honest," former world No1 Murray was quoted as saying by local media in Australia.

"I hope that Novak is OK. I know him well, and I’ve always had a good relationship with him and I hope that he’s OK.

"It’s really not good for tennis at all, and I don’t think it’s good for anyone involved."

Djokovic has consistently refused to disclose his inoculation status and said he had been granted a medical exemption to compete in Australia.

Australian Open chief Craig Tiley blamed conflicting and quickly changing directives in a "challenging environment" for the confusion that resulted in Djokovic being refused entry to the country.

"[I need to] wait and hear exactly what the situation is before commenting on it further, because again I don’t think it’s fair because some of it is speculation," Murray said.

But the world tennis male number one is not being held against his will, Australia assures
News
2 weeks ago

Rules are rules, says Prime Minister Scott Morrison after the tennis player flies in with his vaccination exemption
Sport
2 weeks ago
Next Article