It’s a disgrace, says resident after world number 1 gets entry into Australia without a shot or quarantine 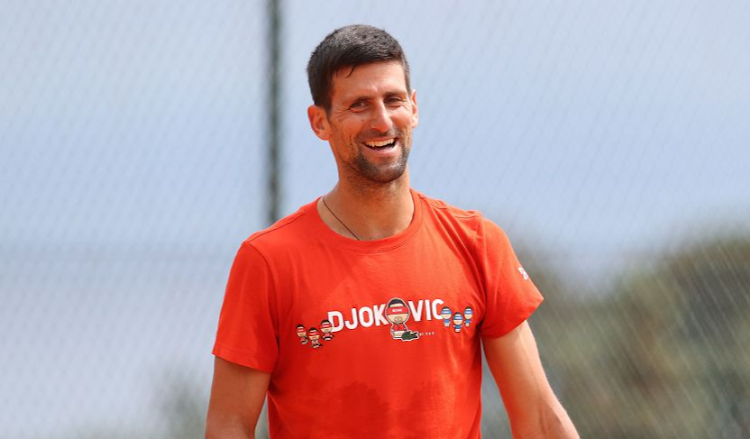 Sydney — Novak Djokovic has confirmed he will bid for a record 21st Grand Slam title at the Australian Open later this month but the Serbian world number one may have to do it with the jeers of outraged locals ringing in his ears.

Djokovic’s announcement that he had received a medical exemption to play the tournament without being vaccinated against Covid-19 provoked outrage in Melbourne, where the Grand Slam will take place from January 17.

Tennis Australia and government officials moved quickly to stress that Djokovic, who has said he is opposed to Covid-19 vaccinations, had received no preferential treatment. But that cut little ice with some.

“I think it’s a disgrace,” Melbourne resident Christine Wharton told ABC on Wednesday. “We’ve all done the right thing, we’ve all gone out and got our jabs and our boosters and we have someone that has come from overseas and all of a sudden he’s been exempt and can play and I think it’s an absolute disgrace and I won’t be watching it.”

Melbourne has endured the world’s longest cumulative lockdown to contain the spread of the novel coronavirus, and an outbreak of the Omicron variant has sent case numbers to record levels.

“I think lots of people in the Victorian community will find this to be a disappointing outcome,” acting Victorian sports minister Jaala Pulford told reporters. “But the process is the process; nobody has had special treatment. The process is incredibly robust. It’s de-identified and we are where we are, and so the tennis can begin.”

The organiser, Tennis Australia, had stipulated that everyone at Melbourne Park must be vaccinated against the virus or have a medical exemption granted by an independent panel of experts.

With the exemption, Djokovic will not be required to quarantine and will enjoy the same freedoms in Melbourne as someone who is vaccinated.

Tennis Australia CEO Craig Tiley said the panel consisted of doctors from the fields of immunology, infectious disease and general practice. All exemptions met conditions set out by the Australian technical advisory group on immunisation.

“We completely understand and empathise with ... people being upset about the fact that Novak has come in because of his statements over the past couple of years around vaccination,” he told reporters.

Tiley acknowledged that questions will be asked about the exemption and the only person who can answer them is Djokovic. “It’ll certainly be helpful if Novak was to explain the conditions in which he’s sought an exemption ... but ultimately it’s up to him.”

Prime Minister Scott Morrison said it was a matter for the Victorian government. “They have provided him with an exemption to come to Australia, and so we then act in accordance with that decision,” he said.

Djokovic has won a record nine titles at Melbourne Park, including the past three, and the upcoming tournament will give him the chance to nose ahead of Rafa Nadal and Roger Federer, who also have 20 Grand Slam crowns.

He has repeatedly declined to reveal his vaccination status and previously said he was unsure whether he would compete in Melbourne.

While Djokovic has enjoyed unparalleled success at Melbourne Park, he has rubbed local fans the wrong way at times. The Serbian was strongly criticised for trying to secure better quarantine conditions for players leading up to the 2021 tournament.

The decision to grant Djokovic a medical exemption raised eyebrows with some of his fellow players.

“I just think it’s just very interesting, that’s all I'm going to say,” Australian Alex De Minaur said at the ATP Cup. “But, hey, it is what it is, I just hope that the other players ... I heard there were other cases as well ... they got exemptions, so I hope they will all fit the criteria.”