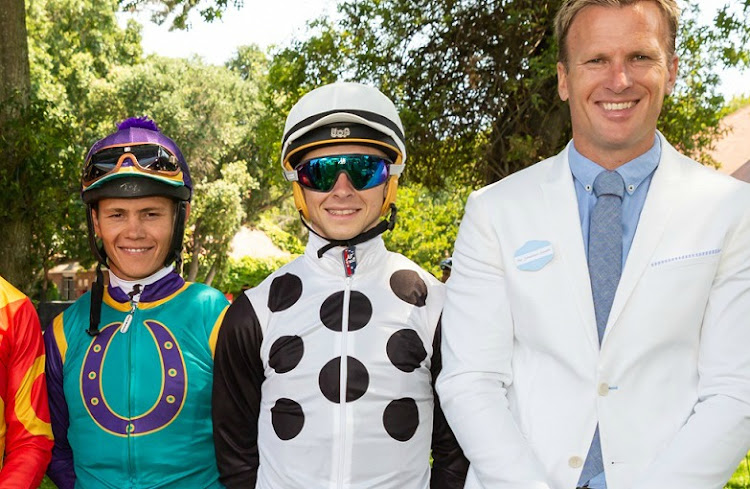 Sporting farewells rarely follow the script, but that is not the case with champion jockey Lyle Hewitson who ended the 2020/2021 season in style before his departure for Japan.

During his first venture to Japan two years ago, 23-year-old Hewitson rode 19 winners at 17 meetings and clearly caught the attention of a number of trainers.

A total of 263 winners during the 2020/2021 SA campaign left the talented rider more than 90 winners clear of his nearest rival, yet he had not won a single grade 1 race during the 12 months of the season.

So, if he had been asked if he would take a Gold Cup win and a grade 1 victory before Saturday’s meeting at Hollywoodbets Greyville, the talented young jockey would have knocked your hand off.

However, that is exactly what transpired, with Hewitson scoring a scarcely believable win on Rain In Holland in the Thekwini Stakes, followed by another narrow victory on the favourite Nebraas in the Marshalls World Of Sport Gold Cup.

It was Hewitson’s win on Rain In Holland that had to be witnessed to be believed, for — with 300m to run — Sean Tarry’s filly looked unlikely to run a place, let alone win.

Somehow, Hewitson, with his reins all over the place, conjured up a late surge from the daughter of Duke Of Marmalade to score by a nostril in a photo-finish.

“In a matter of 200m, things [in the race] had gone from smooth to terrible and I thought my chance was gone,” said Hewitson.

Nebraas went into the Gold Cup with solid form credentials after his win in the 3,000m Gold Vase on Durban July day. This time another vigorous finish was required to hold off the challenge of his principal rival, Silver Host.

Gauteng raider Out Of Your League finished a creditable third, with the winner’s stablemate Before Noon running the race of his life to secure the fourth cheque.

This column’s fancy, Dream Destiny, was last for most of the race, and trainer Kumaran Naidoo must have wondered when jockey Calvin Habib would make his move. The answer was very late, though the gelding did pass a number of stragglers to finish eighth.

Trainer Glen Kotzen has saddled more than 70 winners during the season and he ended it with a convincing win from his youngster Good Traveller in the grade 1 Premiers Champion Stakes.

Well handled by jockey Grant van Niekerk, the son of Visionaire — bred at Lammerskraal Stud — found a good kick over the final 200m to see off the challenges of Honokalani and the well-fancied Gauteng raider William Robertson.

Any chance top sprinter Rio Querari had of being named “horse of the year” went out of the window with his unplaced run in the grade 1 Mercury Sprint. The win by trainer Robbie Hill’s four-year-old Pearl Of Asia caught both punters and pundits by surprise and contributed to a huge Pick 6 dividend.

Backers trying to get out of jail on Got The Greenlight in the Hong Kong Jockey Club Champions Cup fell deeper into the mire. The four-year-old — third in the Durban July — had to settle for fourth place behind Queen’s Plate winner Jet Blue.

“Super sub” S’manga Khumalo rode Jet Dark for the first time and gave the son of Trippi a peach of a ride to gain a narrow verdict over Catch TwentyTwo.