Punters hope to be cheering Summer Pudding from home 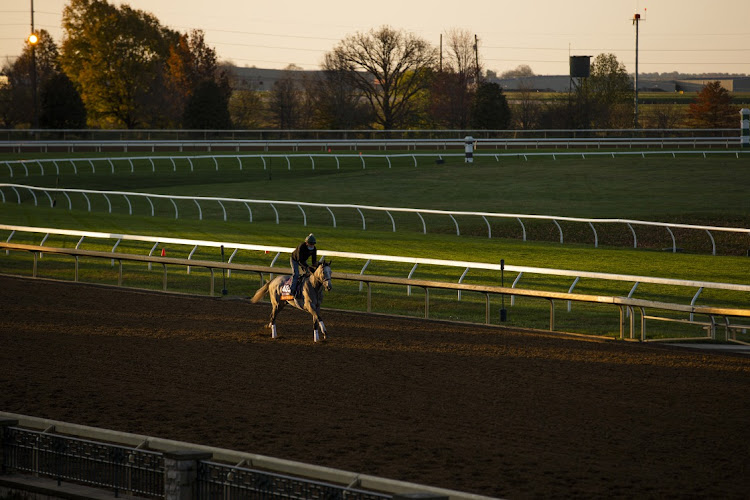 A Champions League advert shows stuck-at-home football fans cheering and waving from their balconies. That could also be the scenario countrywide on Saturday if Horse-of-the-Year Summer Pudding stays unbeaten at Turffontein.

Priced up at even money, Summer Pudding takes on just six rivals in the fifth race in her final preparation before running in the WSB Summer Cup on November 28 for which she is the 5-2 favourite.

Perhaps trainer Paul Peter’s biggest worry is not the opposition but the weather. Any further rain could put the meeting in jeopardy. To his credit, Peter has kept Summer Pudding’s fans in the picture regarding her workouts and general wellbeing, but he will still be nervous as the four-year-old heads for the start on Saturday.

Peter will be aware that his chief threat, Lady Of Steel, is 2kg better off compared to the Woolavington 2000 when Peter’s star came out on top by two lengths.

What is in Lady Of Steel’s favour is that she has won in soft going and has had a recent race, albeit a disappointing one. Sent off 17-10 favourite, she beat only one rival home in a race won by Eden Roc.

Gary Alexander sends out Mount Laurel who found Anything Goes too smart for her in the grade 2 Joburg Spring Fillies & Mares Challenge. Still, this R50,000 buy boasts four wins from seven starts so cannot be easily dismissed.

While Lyle Hewitson may have to settle for a place on Mount Carmel, he is sure to fancy his chance of winning the seventh race on Putontheredlight. It is only the second time he has ridden the four-year-old who only found stablemate Eden Roc too good last time out.

Alec Laird’s six-year-old Pack Leader has shortened in the Summer Cup market (latest price 14-1) and rates the only danger to Putontheredlight. He was beaten three lengths by Cornish Pomodoro last time out and it is hard to know what to make of that form after that winner's defeat — beaten three and a half lengths into eighth place — in last Saturday’s Charity Mile.

Even the champion trainer might be hard pressed to pick out the best of the trio, but the blinkers go back on Chimichuri Run and he should make a bold bid to win the sixth race of his career.

Gavin Lerena rides “Chimi” as usual and he will be on the favourite Celestial Love in the opener. The filly is owned by Laurence Wernars who announced he was “quitting racing” a fortnight ago, but there has been no further comment.

The only runner with any possible chance of upsetting the Tarry trio is Oravar who belied his odds of 44-1 when a close second behind Bold Ransom in the Golden Loom Handicap. Russian Prince, whose merit-rating has been cut by five points since his last run, also has a place chance.

The market is going to be really informative in the second race in which Mike de Kock introduces Hawwaam’s full-sister In Limbo and an Irish-bred daughter of Invincible Spirit. It will be worth checking the stable website to see if they are fancied.

Of the raced horses, Magical Flight and Run April Run boast the best form. Luke Ferraris partners the latter, a daughter of Act Of War trained by Gary Alexander, for the first time.

Gary Player hopes for racing success on his 85th birthday