Boxer Lerena in the saddle clinging on for charity 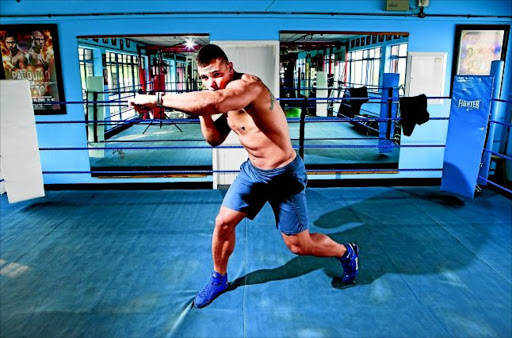 Boxer Kevin Lerena is hoping to land a second winning punch when he swops the ring for the racecourse on October 31.

The International Boxing Organisation (IBO) cruiserweight champion is one of eight celebrities invited for the Peermont Emperors Palace Charity race day at Turffontein at which 16 selected charities will share R1m.

It is not a debut appearance for 28-year-old Lerena as he was also involved in the event in 2017. That year he was drawn with the horse Hat Puntano, who not only scored a game win but also earned a R150,000 cheque for the Animal Anti-Cruelty League.

It is perhaps something of a surprise that Emperors Palace has again backed this event, which will be held behind closed doors. While the group has always done work for charity, the bottom line is that casinos have been major victims of the Covid-19 pandemic.

The heads of the 16 charities will have sighed with relief that this welcome annual boost will go ahead as planned. Just how it will be staged has yet to be announced, but perhaps the eight celebrities and one representative from each charity will be allowed at the city track.

There is a slight change in format in that the eight celebrities will each represent two charities. The prize money is the same as in 2019 with the winning horse earning its charity R150,000, the second home R100,000 and the third R75,000. No charity will go home with less than R50,000.

Lerena, who won an amateur race at the age of 14 before turning to boxing, hails from a famous racing family. His cousin Gavin is one of the top jockeys in the country and is sure to have a mount in the Charity Mile.

Fourteen of the 16 charities have been named by the sponsors. They are:

In early betting on the Charity Mile, Justin Snaith’s five-year-old Crown Towers has been priced up to the 7-1 second favourite. Ridden by Anton Marcus, the Aussie-bred gelding ran out a comfortable winner of Sunday’s R85,000 Michaelmas Handicap at Greyville.

The worry for Crown Towers supporters is that he has let them down in the past. The son of Camelot was backed down to 15-10 favourite to get punters out of jail in the last race on Durban July day, but he could only finish a disappointing sixth behind Infamous Fox.

The ruling favourite for the 1,600m race is Paul Peters’ four-year-old Riverstown. The Turffontein trainer has his team in good form and he has sent out 31 winners in the first 10 weeks of the season.

Riverstown has won once and been placed five times in his last six outings so Peters will be hoping for a favourable draw when the barrier positions are decided on October 27.

Sean Tarry’s big race runners always warrant the closest scrutiny and Warrior’s Rest, winner of the Golden Horseshoe at Scottsville in July, is quoted at 8-1 with stablemate Tierra Del Fuego on offer at 10-1.

De Kock signals he can challenge Tarry and Snaith for title

First real test for colt who cost R4.4m as a yearling

His achievements on home soil are a far cry from his Hong Kong nightmare where he went 140 rides without a winner.
Sport
8 months ago

KEVIN MCCALLUM: Remember what happened this day all those years ago

Ali at unveiling of sculpture of himself in Las Vegas

KEVIN MCCALLUM: Remember what happened this day all those years ago

Ali at unveiling of sculpture of himself in Las Vegas