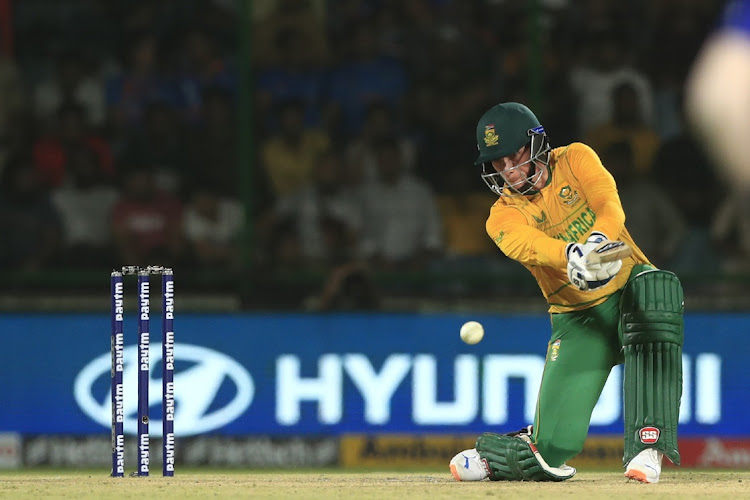 Chasing 212 for victory, the Proteas’ top order wobbled but Miller and Van der Dussen plundered 131 runs from about 10 overs in an unbroken fourth-wicket stand to secure victory with five balls remaining.

Van der Dussen made 75 not out off 46 balls, which included five sixes.

The defeat ended India’s 12-match winning streak in this format.

Earlier, Ishan Kishan smashed 76 off 48 balls to set the tone for India who posted a strong 211/4 after being put in to bat.

Kishan forged half-century partnerships with Ruturaj Gaikwad (23) and Shreyas Iyer (36) as the hosts cruised to 102/1 at the halfway stage of their innings.

Kishan’s 80-run partnership with Iyer came at a two-runs-a-ball rate and India did not take their foot off the pedal.

Skipper Rishabh Pant made 29 and vice-captain Hardik Pandya smashed 31 not out off 12 balls as they comfortably passed the 200 mark.

But Miller and Van der Dussen put SA’s chase back on track with scintillating power hitting to deny the hosts.

KL Rahul, who was to lead the side in Rohit’s absence, will miss the series due to a groin injury and Pant is filling in as captain.

The second game in the five-match series is in Cuttack on Sunday.