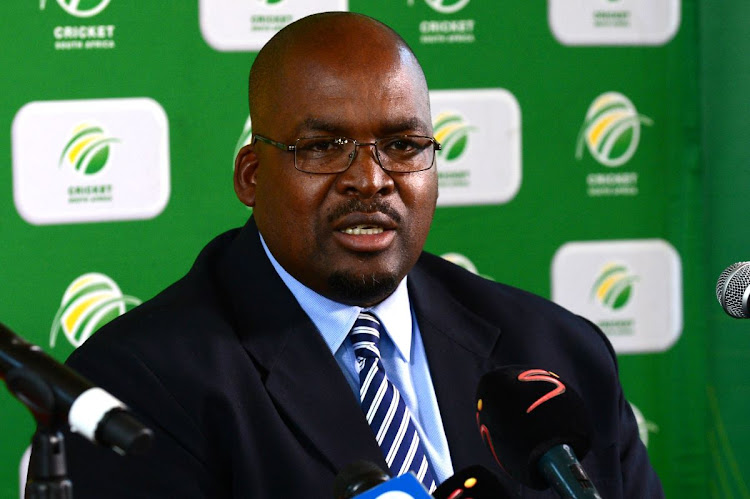 Cricket SA appeared before the parliamentary committee on sports‚ arts and culture on Monday without Chris Nenzani, who resigned as the organisation’s president on Friday with immediate effect.

The resignation of Nenzani‚ who headed the embattled organisation since February 2013‚ comes less than a month before he was due to step down as president at September’s annual general meeting. It draws the curtain on an extra year in the presidency that has seen Cricket SA implode spectacularly on and off the field.

It comes 24 hours after Cricket SA dismissed COO Naasei Appiah with immediate effect for “transgressions of a serious nature”. But the defiant official’s lawyer insisted the matter is far from over.

Appiah has been suspended since October 2019 and his legal representative, Thapelo Kharametsane, laughed off the dismissal.

He said there is still a long way to go “unless someone at Cricket SA comes to his or her senses”.

Nenzani’s two terms of three years each expired in 2019‚ but he was asked to serve an extra year as president‚ something he said he regretted at a parliamentary sports portfolio committee meeting in June.

At that meeting‚ Nenzani said the independent report into suspended CEO Thabang Moroe was due to be completed. That deadline was not met and parts of the report have yet to be made public.

On June 4‚ it was reported that Cricket SA had missed deadlines with regards to Moroe’s disciplinary matter.

In the extra year that Nenzani has served‚ Cricket SA has been engulfed in scandals that have tarnished the organisation’s image.

Under his watch‚ Cricket SA suspended Moroe in December 2019 after a turbulent six months where the organisation not only failed to appoint Graeme Smith as the director of cricket according to their agreed deadlines at the end of October‚ but also saw the men’s national team fail miserably at the 2019 Cricket World Cup.

The performance in the subsequent tour of India was not much better as the Proteas were heavily beaten in all three Tests.

The Moroe disciplinary proceedings have yet to reach finality with less than a month before the annual meeting where Cricket SA will have to elect new board members and a new president.

On July 12‚ the Sunday Times reported on how Nenzani had a change of heart with regards to Moroe’s suspension during a tumultuous week in December 2019 where sponsors left Cricket  SA while a number of board members also resigned.

Kock resigns from Western Province Cricket Association, the latest of many abandoning ship
Sport
9 months ago
Next Article

Call for England players to set up in Stokes’s absence

Talk of a clique at Cricket SA unfair, says Smith

Call for England players to set up in Stokes’s absence

Talk of a clique at Cricket SA unfair, says Smith