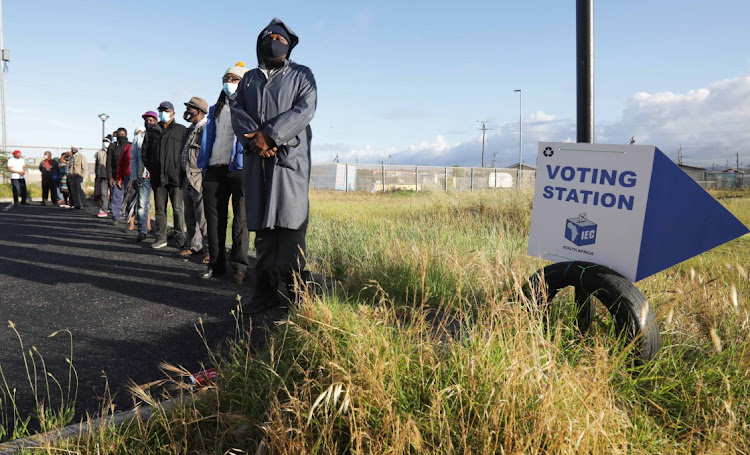 On November 1 2021 SA held its sixth set of municipal elections since the start of the democratic era. These elections, held 27 years into South African multiparty democracy, revealed remarkable declines in levels of participation generally.

The event was moderated by Professor Susan Booysen, director of research at MISTRA, with an expert panel including Professor Mcebisi Ndletyana from the politics and international relations department at the University of Johannesburg; Advocate Jennica Beukes, doctoral researcher and research assistant at the Dullah Omar Institute; Wandile Ngcaweni, junior researcher at MISTRA and Amuzweni Ngoma, researcher at MISTRA.

The report, which comes at a time of political turmoil when party dominance is fading, goes beyond the events of November 1 and explores the conversion of the electoral mandates within local government and the increase in the number of hung councils requiring the constitution of coalition governments.

MISTRA executive director Joel Netshitenzhe pointed out that the outcome of the elections contains many salutary trends, at both aggregate and subnational levels, including the ANC dipping below the 50% support mark at national level and its sub-40% performance in all Gauteng metropolitan councils.

The other largest parties, the DA and the EFF, had a mixed performance. The dynamics revealed by this election may portend some shifts in the political landscape in future, said Netshitenzhe.

He questioned whether these elections were a harbinger of things to come in the 2024 general election and beyond. “There were many factors that were unique to the 2021 elections such as the timing, the Covid-19 pandemic, parties’ access to resources and the long weekend, among others. But macrosocial trends such as the state of the economy, service provision, corruption and other factors had a massive impact on the outcome.”

Whether these local elections were a bellwether should be examined at three levels: the unique features of this election; broad macrosocial trends such as economic growth and service provision; and lastly, how the parties address subjective issues specific to them.

With regard to this latter point, at issue is how the ANC navigates issues of corruption and internal divisions; how the DA defines its existential personality on liberalism in an unequal society; and how the EFF positions itself with regard to its penchant for hyperbole and drama. The challenge for the IFP and ActionSA will be how they profile themselves both in government and in opposition, and how they address any internal organisational challenges.

In his concluding remarks, Dr Yacoob Abba Omar, director of operations at MISTRA, said the lessons learned from the coalitions formed in the wake of the 2021 local government elections will be important for all political parties to consider going into the next general election.

Watch the event below:

DAVID CHRISTIANSON: Is SA ready to adult with a national coalition built on compromise?

With fewer than 900 days to the next election, the local government alliances show what is possible
Opinion
6 months ago

Newsmakers of 2021: Herman Mashaba gets in on the action

The success of ActionSA in the local government elections caught many off guard, and its subsequent surprise vote (with the EFF) for DA mayoral ...
Features
6 months ago

It’s a revolution of the collective mind: the psychological dominance that the party has had over many South Africans is waning
Opinion
6 months ago

This is one of the controversial proposals in the draft Electoral Amendment Bill, which will be introduced to parliament soon
National
6 months ago
Next Article

1.
ANC has no choice but to renew itself before 2024 ...
Politics
2.
Implicated ministers in crosshairs as Ramaphosa ...
Politics
3.
Lesufi and Maile to battle it out for ANC Gauteng ...
Politics
4.
ANC should act against those who fight its ...
Politics
5.
ANC executive in KZN at crossroads on Ramaphosa
Politics

1.
ANC has no choice but to renew itself before 2024 ...
Politics
2.
Implicated ministers in crosshairs as Ramaphosa ...
Politics
3.
Lesufi and Maile to battle it out for ANC Gauteng ...
Politics
4.
ANC should act against those who fight its ...
Politics
5.
ANC executive in KZN at crossroads on Ramaphosa
Politics