DAVID CHRISTIANSON: Is SA ready to adult with a national coalition built on compromise? 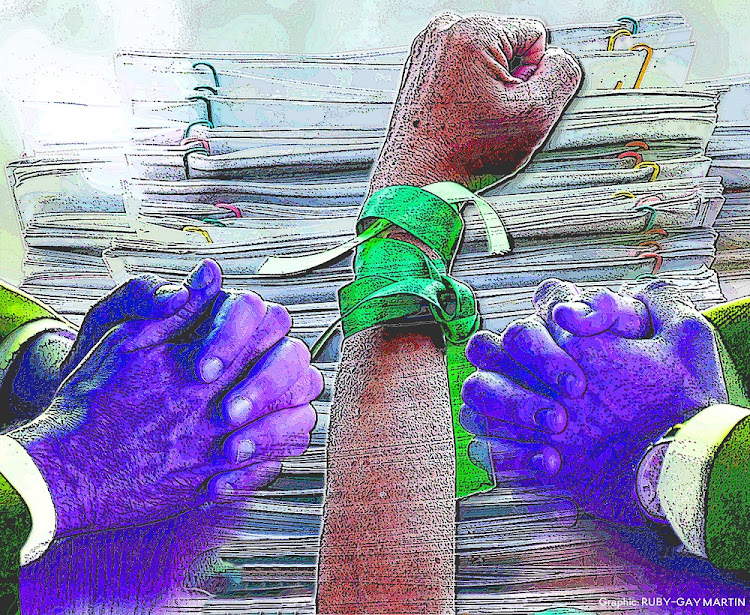 In SA, the rise of coalitions in municipal government is not a sign of political maturity so much as a product of necessity. But despite all the problems coalitions pose, this could be an opportunity for the political system to grow up at bit. With fewer than 900 days to the next national election — and the possibility that it will throw up the need for a coalition — the dry run in local government is a key indicator of what is possible.

A study of the history of coalition governments in other countries shows what citizens, participants and observers should be looking out for.

In proportional representation (PR) systems, coalitions are the norm, not the exception. The Netherlands has had coalition governments since 1918 and Finland for a year longer, since independence in 1917. Germany has been ruled by coalitions since World War 2.

SA’s single-party-dominant era under the ANC is an aberration for a PR system. The ANC has not needed a coalition to dominate nationally, despite inviting other parties into government, especially in its first term after 1994. At provincial and local levels, coalitions have tended to be a means to grasping some power while working to undermine supposed partners. This has left an unfortunate but widespread sense that having a 50%-plus-one majority in a legislative body confers absolute power. The habit of compromise is not entrenched in SA politics, despite being a much-acclaimed characteristic of the democratic transition.

Coalitions have several positive features. They give parties that would otherwise be permanently locked out of power a role in government. The politicians who run the major parties in SA — the ANC, DA and EFF — may find it distasteful to share government with the likes of the Freedom Front Plus or the Patriotic Alliance, but the core preferences of almost all party constituencies are very similar (including honest, fair government and adequate service delivery). For coalitions to work, parties need to graduate from the hard campaigning of elections, where differences are stressed, to recognising these commonalities.

Equally important, coalitions are the products of compromise. To form coalitions, parties usually have to discard their more extreme positions, even if these appear popular. This forces political parties to decide what is truly fundamental to them and what is secondary.

Germany’s new coalition government is made up of the centre-left Social Democrats with two parties that might theoretically seem incompatible: the pro-business Free Democrats and the traditionally anti-capitalist Greens. But the Greens have moved from seeing business as the problem regarding environmental issues to seeing it as part of the solution. All three parties have taken on board the trend towards low- or zero-carbon technologies among German businesses.

The basis of the coalition is a 177-page coalition contract, laying out not only policies (such as raising the share of renewables to 80% in 2030) but also the nuts and bolts of how these commitments will be achieved. It took two months to achieve agreement, which is lightning-fast compared with the Netherlands, where parties are still haggling after eight months, or Belgium’s 541-day world record hiatus in 2010-2011.

If painstakingly negotiated written agreements are necessary, it follows that SA does not yet have any real coalition governments after the municipal elections. The elections of, first, municipal speakers and then mayors during the 14-day window required by the Municipal Systems Act were no more than a moment in the process. The alliances of that period are ephemeral and the real haggling has yet to occur.

The DA has apparently had its legal minds draft a template for municipal coalition negotiations though no other party appears to have even thought of doing so. They need to catch up with the game.

It has to be hoped that the DA will be neither too legalistic nor excessively top-down regarding municipal coalition negotiations. Theorists of coalitions emphasise that the process takes time and should not be rushed. Personal relationships have to be built across party divides. Players should be clear about the nature of their shared agenda as well as where they differ and how those differences are to be managed.

Some may argue that SA’s political parties are too divergent to ever form stable coalition governments. Indeed, coalition governments have the not-undeserved reputation of tending to be ephemeral, epitomised by Italy’s 66 coalitions since 1945. But Angela Merkel’s German coalitions were stable for 16 years, and Israel now shows how widely divergent parties can find enough in common to form a government.

The ideological spread of the Israeli coalition, which includes eight parties, runs from traditional right-wingers such as Naftali Bennett’s hard-line prosettlement Yamina alliance to the Labour left and includes an Islamist party, the United Arab List. The coalition appears to unite about one thing only: their aversion to recent past prime minister Benjamin Netanyahu.

This sort of thinking has resonance in SA, where all the bigger opposition parties have stated a refusal to go into coalition with the ANC. This rules out the possibility of grand coalitions, in which the two biggest parties agree to share office. In coalition politics, grand coalitions are uncommon — outside wartime or pressing national emergencies — because they tend to be a last resort for the major parties, only taken when options involving smaller partners have proven impossible. This is an unfortunate tendency as observers have long mooted a national ANC-DA coalition as the optimal way forward.

No-one expects the emergence of coalitions to cause a miraculous change in the quality of local governance. But watching the way political parties go about the process and how they manage the inevitable conflicts will provide a good sense of where the country is likely to be heading.

Success at coalitions — probably after repeated efforts — will put a plausible reform option on the table. That, in a country which now feels so hopeless, would be a big step forward.

• Christianson, a freelance writer, has been a political scientist, NGO researcher and development banker.

GARETH VAN ONSELEN: Can Joburg’s coalition government take a dark city into the ...

GARETH VAN ONSELEN: Can Joburg’s coalition government take a dark city into the ...