Mbete and Gigaba pull out of nomination to parliament 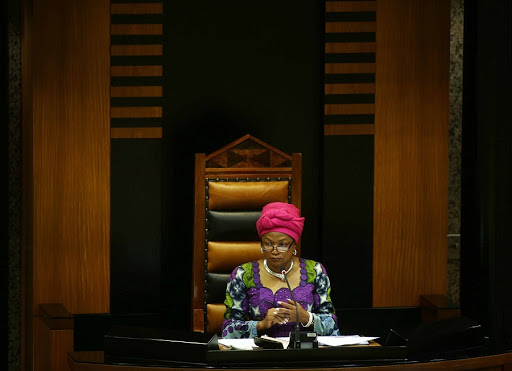 Former National Assembly speaker Baleka Mbete and former home affairs minister Malusi Gigaba have pulled out of the ANC’s nomination list to parliament a day before they were due to be sworn in.

The pair are the first to withdraw from the list.

The ANC had come under heavy criticism for including members who had been implicated in allegations of state capture, corruption and lying under oath. While Gigaba is one of those mentioned frequently at the hearings, Mbete has not been mentioned and her reasons for pulling out were not given.

The ANC confirmed that Mbete and Gigaba had submitted notices of withdrawal from the party’s MP list to the office of the secretary-general.

ANC spokesperson Pule Mabe said the party had completed the formalities in relation to filling their positions. It is not yet clear who will take their spots.

This could be a sign that neither believed they were in line for a position in President Cyril Ramaphosa’s new reconfigured cabinet and would therefore be relegated to the back benches.

Mbete’s stepping down comes a day after a special ANC national executive committee nominated Thandi Modise for the position of National Assembly speaker, a position Mbete  held in the previous  administration.

During her time as speaker, Mbete had running battles with the EFF and other opposition parties. She struggled to maintain order in the House and was accused of protecting former president Jacob Zuma and showing favouritism towards ANC MPs.

In the run-up to the ANC Nasrec conference in 2017, Mbete threw her hat into the ring, contesting for the position of party president. However, on the eve of the party election she pulled out and endorsed Ramaphosa.

Gigaba resigned as home affairs minister in November 2018 and as an MP after the public protector found that he had violated the constitution and the executive code of ethics when he lied to the court regarding the Fireblade Aviation matter.

His resignation came just before Ramaphosa was meant to take action against him. Gigaba also lost his bid in the Constitutional Court to appeal a judgment that found he had lied under oath.

Fireblade took Gigaba to court in 2016 after he rejected its application to operate a luxury international terminal at OR Tambo International Airport. The Oppenheimers, who own the aviation company, accused Gigaba of reversing his approval under pressure from the Gupta family, exerted through the former chair of Denel, Daniel Mantsha.

Gigaba has also found himself implicated in allegations of state capture and has been mentioned during testimony at the judicial commission of inquiry headed by deputy chief justice Raymond Zondo.

Thandi Modise is the next National Assembly speaker, while Nomvula Mokonyane and Amos Masondo have been awarded key positions
National
1 year ago

POLITICAL WEEK AHEAD: Spotlight shifts to players in parliament

For the first time in SA's history, the swearing in of the president will be held at Loftus Versfeld Stadium instead of the Union Buildings in ...
Politics
1 year ago

RANJENI MUNUSAMY: Malema’s claim that Ramaphosa will be cut as ANC leader is a ruse

Zuma’s legacy hangs thickly over the ANC, and its inability to hold him and his cohorts answerable for wrecking the state is one of the reasons it ...
Politics
1 year ago
Next Article

TOM EATON: Small steps forward are the best we can hope for

TOM EATON: Small steps forward are the best we can hope for