ANC wants to win back support of traditional leaders in KZN 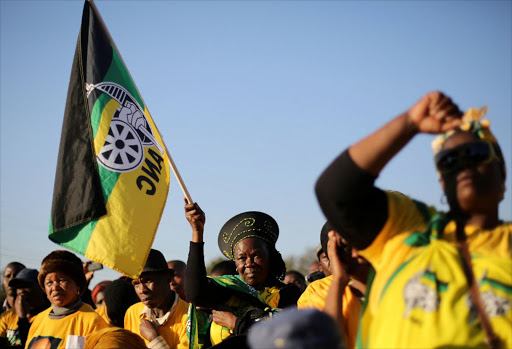 With the general election around the corner, the ANC in KwaZulu-Natal is bending over backwards to accommodate traditional leaders after they clashed over the governing party's controversial land expropriation policy.

KwaZulu-Natal’s traditional leaders have been on a collision course with the ANC over its perceived plan to dissolve the Ingonyama Trust, which controls three-million hectares of tribal land in the province. King Goodwill Zwelithini is the sole trustee of the trust.

The ANC in the province has been beset by factional fights in the past decade, which have seen it losing some municipalities and key by-elections to a resurgent IFP. The fallout over land could largely benefit the IFP, whose close links to the amakhosi has seen it strongly oppose the dissolution of the Trust.

Allegations against the trust were that the chiefs were using land under their jurisdiction as an informal source of income, charging thousands of rand to sell plots of land.

During its last conference in December 2017, the ANC passed a series of resolutions aimed at accelerating the pace of land reform. The dissolution of the trust was among the many discussions held at the conference. There were suggestions that the government take all land under traditional chiefs and put it in the custody of local municipalities.

The municipalities would in turn hand over title deeds to those occupying those land.

This situation was made even worse when A panel led by former president Kgalema Motlanthe also recommended repealing the KwaZulu Ingonyama Trust Act of 1994 and stated that traditional leaders were acting like “tin-pot dictators” over their subjects. The panel also called for the transfer of the trust’s assets to the land affairs ministry.

This has seems to have infuriated Zulu king Goodwill Zwelithini and traditional chiefs, who saw the impending decisions as government’s interference in their affairs.

The Zulu king invoked Zulu nationalism, threatening violence against anyone who touched his land and even threatened that KwaZulu-Natal would secede from the rest of SA and become an independent kingdom, similar to eSwatini.

ANC leaders, including President Cyril Ramaphosa have since met the Zulu king, to assuring him that there was no threat to against the Ingonyama Trust or the land under its jurisdiction would not be expropriated.

The KZN ANC leaders have had has followed suit and there has been two meetings thus far with traditional leaders in the past two months to “iron out differences”. The last of these meetings took place last Wednesday ( 2019).

Inkosi Phathisizwe Chiliza, the chair of the KZN House of Traditional Leaders, confirmed the meetings, but quickly added that they are holding similar talks with other political parties.

“These discussions did not start now but they started some time ago when we agreed that we will open our doors to allow all political parties that want to engage with us to do so. This is aimed at allowing them to express their concerns and to tell us about their programmes and policy, especially with regard to the issue of land and about the role of traditional leaders,"  Chiliza said.

"We are concerned about the fact that there are no clear roles for traditional leaders in local government. We often see projects and when we ask, we are told these are part of the IDP, when we were not consulted in their [IDP] formulation and planning. We think all these things need to change,” he said.

Chiliza said discussions between the ruling party and traditional leaders had been robust but cordial and the two sides had been able to find common ground. He said the parties also discussed preparation for the upcoming general elections and how peace should be maintained despite political contestations and electioneering by different parties.

Mdumiseni Ntuli, KZN ANC provincial secretary, was not available for comment on Wednesday. Super Zuma, a KZN ANC provincial executive committee member (PEC) who led the ANC delegation, confirmed the meeting to journalists, but said this was part of his party’s engagement with different stakeholders in society.

Sizani Ngubane, of Rural Women's Movement and whose organisation is involved in litigation against Ingonyama Trust and other traditional leaders over land, said rural people, including women, should not be left out of the debate pertaining their rights.

“We have noted that the ongoing debate on land reform and land expropriation without compensation does not take account of the experiences and views of women. In KZN alone, our organisation is fighting more than 400 of such cases where women are hounded out of their land after their husbands have died," she said.

Stay out of politics, critics tell Zulu king after ‘kneel’ demand
Next Article