There have been positive developments by the government, business, labour and communities, as well as Eskom 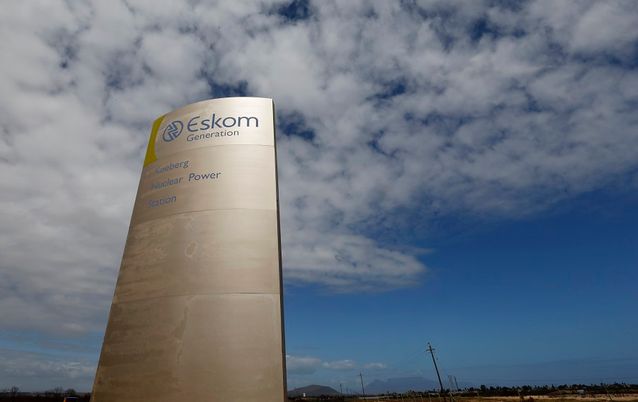 If there is one thing everyone in SA can agree on it is the need for effective and urgent intervention to ensure a cost-effective and reliable supply of electricity.

Eskom’s challenges are not its alone. It is only when different stakeholders in society come together to take collective and cohesive action that the challenge to achieve cost-effective and reliable electricity supply can be addressed.

This was the rationale behind the social compact to support Eskom that was concluded in December 2020 between the government, labour, business and community at the National Economic Development & Labour Council (Nedlac). (“Unions’ stance on Eskom deal point to failed promises”, May 22)

At the beginning of 2021 a special workstream was established in Nedlac to co-ordinate and oversee the implementation of the social compact. Progress has been made in some areas and less in others.

To speed up the increase in generation capacity, in August 2021 mineral resources & energy minister Gwede Mantashe increased the threshold for exemption from the generation licencing requirements from 1MW to 100MW. In effect, private generation facilities with a capacity of less than 100MW will not be required to apply for a generation licence from the National Energy Regulator of SA (Nersa) and only need to be registered.

The purpose of the loosening of the licensing requirements was to remove obstacles and reduce the time for new generation capacity to become operational, thereby alleviating the electricity supply constraints, at least partially. The Nedlac social partners have been closely monitoring the impact of this intervention and ensuring that there are no further regulatory delays.

A key issue the social partners have taken up is the management of load-shedding. Readers will be aware that there have been changes to the way load-shedding is managed, including more certainty, and this has to some extent been the result of feedback from social partners.

Another area of progress has been the restructuring and unbundling of Eskom. The social partners have begun engagements on an Electricity Regulation Amendment Bill. This legislation is required to facilitate the unbundling of Eskom into separate entities — a generation company, a transmission system operator and a distribution company. This is of critical importance to ensure a competitive electricity supply industry. The social partners hope to enrich the bill before it is tabled in parliament.

The government has stated its objective to transition our economy away from fossil fuels to cleaner and renewable energy sources. One of the long-term interventions identified in the social compact to support Eskom is the implementation of a just transition for workers and affected communities. This work has been taken up by the Presidential Climate Commission, also a multi-stakeholder and consultative forum the establishment of which was a deliverable in the social compact.

In addition, Eskom has its own just energy transition policy that deals with replacing coal-fired generation with environmentally friendly renewable energy. A key part of this policy is the repurposing of decommissioned coal-fired power stations.

Eskom has been reporting regularly to the Nedlac workstream on progress in the decommissioning of the Komati power station, including setting up a solar plant of a capacity of 100MW, a containerised microgrid assembly and fabrication plant, agrivoltaics that combine agriculture and small-scale renewable generation, and social upliftment programmes.

Despite these positive developments, some critical challenges are yet to be addressed. Little progress has been made on debt recovery from government departments, municipalities, companies and various communities. Despite the efforts of the social partners to drive the Masakhane campaign, it has been hampered by the impact of the Covid-19 pandemic.

In respect of new generation capacity, the business constituency committed to expedite the procurement of 2,500MW of self-generation capacity. Progress has only started to be made on this because of a number of obstacles, including relating to getting access to the grid and a certain framework for wheeling.

Of particular concern to the social partners was the dispute between Eskom and Nersa regarding the processing of the former’s multiyear price application for the period 2022/2023-2025/2026. The dispute was settled by the high court, which ordered Nersa to process Eskom’s application for the financial year 2022/2023.

Such disputes run counter to the efforts of the social compact for electricity tariffs to be managed better and provide greater predictability for customers. While the social partners in the workstream do not have the power to intervene in such situations, discussions were held with Nersa and the department of mineral resources & energy, and they were urged to provide better arbitration mechanisms when disputes arise.

The delays in the procurement process for the Risk Mitigation Independent Power Producers Programme and issues with the generating units at Eskom’s Medupi and Kusile power stations have also meant that much-needed new generation capacity will not come online as expected, thereby prolonging the tight reserve margin on the already constrained electricity supply system.

It is easy to lose hope and be discouraged. However, the commitment of all the social partners — government, business, labour and communities — as well as Eskom, to resolving these challenges is unwavering.

Eskom says protracted strikes may lead to further damage and delays in returning power stations to service, thus putting the system under more ...
National
1 month ago