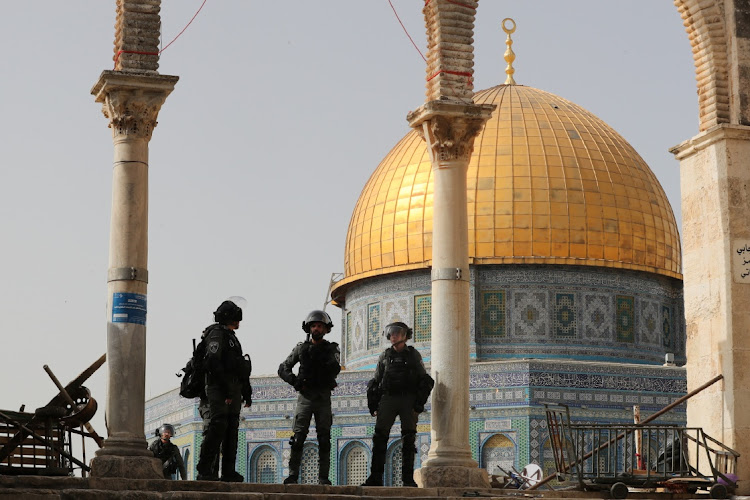 When will President Cyril Ramaphosa and the ANC have the courage and honesty to denounce the so-called “two state solution” between Israel-Palestine? They need to put a stop to this charade at the UN and elsewhere. It is grotesque hypocrisy for our post-apartheid government to support a two-state solution of “petty apartheid” humiliations within Israel proper and “grand apartheid” bantustans beyond the green line. The world rightly judged apartheid in SA to be unacceptable, so why must its Zionist variation be imposed upon the Palestinians?

We tried a “10-state solution” during apartheid SA: it proved an unmitigated disaster. The reality is that Israel-Palestine is one country from the “river to the sea”. One democratic and secular state will mean the end of the Zionist/apartheid state of Israel. So be it. Jews will still be able to speak Hebrew, and worship in synagogues. And like white South Africans, Israelis will be liberated from the burdens of apartheid, including recurring wars.

Frans Cronje obviously fears that Iran will replace Israel as the dominant power in the Middle East (“This is how a sum-of-all-fears assessment of Israel looks”, May 16).  So what?  Iran has 10 times the population of Israel and is a civilisation that goes back thousands of years. In 1953, Britain and the US embarked upon “regime change” and deposed a democratic Iranian government. For the next 25 years until the 1979 revolution, the British and the US lavishly supported the Shah’s corrupt and barbaric dictatorship. Then from 1980 until 1988 they deliberately instigated an eight-year war between Iraq and Iran in a futile attempt to reverse the 1979 revolution.

In so doing, Britain and the US also created a monster in Iraq’s Saddam Hussein — who in 2003 they finally deposed and executed. The US’s self-perceived national right to plunder Middle East oil and impose its global military and financial hegemony is fast collapsing. Yet, against every aspect of international law, the US is still trying to prop up another gangster state, namely Zionist Israel. Israel does the “dirty work” for the US by deliberately destabilising the Middle East and, in turn, is protected by the US’s abuses of its veto powers in the UN Security Council.

Iran abandoned its ambitions to develop nuclear weapons as long ago as 2003, soon after the Americans hanged Saddam. By contrast, Zionist Israel has an estimated 200 nuclear warheads aimed at Iran. Of course, Cronje makes no mention of Israel’s nuclear weapons, which are a menace not only to Iran but to the entire international community.  Yes, the Middle East is a powder keg ready to explode. Let’s have more honesty from Cronje about the root cause of the Palestinian-Israeli conflict, namely the colonial/apartheid theft of Palestinian land by European Jewish settlers.

Israel could be fighting ground battles on its southern, northern and eastern fronts and the death toll would be very high
Opinion
8 months ago

The predawn attacks were on houses in the centre of Gaza City, officials say
World
8 months ago