Dominance of foreign workers in some sectors of economy worries many, but the proposed way of dealing with it will not get to grips with the real issues 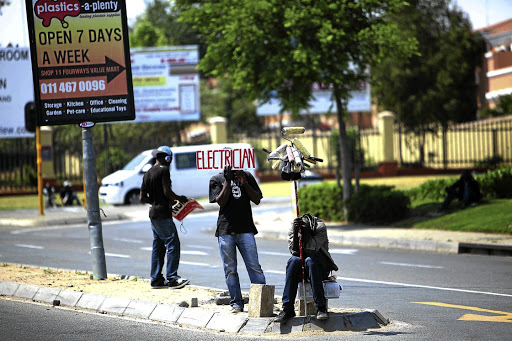 Plans are afoot to introduce quotas for South Africans in certain sectors of the economy where foreign employees dominate.

This raises questions not only about the practicality of the measure and its implications for business but also about its justice and wisdom.

Employment and labour minister Thulas Nxesi recently gave notice in parliament of these plans, which he said were necessary because of the number of foreign nationals employed in certain sectors such as agriculture, restaurants and the private security and hospitality industries. In terms of the plan being drawn up by his department, the minister could have the right to set sectoral targets or quotas for foreign nationals in certain sectors.

The minister said it was well known that employers preferred to hire foreign nationals. In some cases, this had to do with skills, but in other cases it was a matter of exploiting cheap labour.

Finance minister Tito Mboweni has also remarked on the number of foreign nationals employed in restaurants and urged that South Africans be employed instead.

We are not talking here about illegal workers. There are clear laws to deal with those cases. We are talking about people who have been granted the right to live and work in the country; and once this right has been granted, they should not be deprived of it. If too many people have been given this right, then this is a problem for the immigration authorities to address, not the labour department.

Then one has to ask why employers in these sectors prefer to employ foreign nationals. Nxesi is probably right when he says this could be a question of skills. It is probably also the case for example in agriculture that foreign-national workers are prepared to work for lower wages. But then rather than imposing quotas, there is the national minimum wage legislation that should be applied.

What is needed is in-depth research into why employers prefer to hire foreigners, and then to address that issue rather than impose yet another legal restraint on employers who already have to implement employment equity legislation and satisfy the BBBEE requirements to get government contracts. These transformative obligations are necessary, but the same sort of state intervention should not be resorted to every time one sector of the workforce falls behind.

Immigrants the world over are known to be willing to work harder and longer hours as they try to build their lives in a new country. Those in SA are probably no different, which is perhaps why employers prefer to hire them. SA workers have to meet this challenge head-on rather than rely on the state to protect them.

Obviously, addressing the shortcomings of South African workers and allowing them to stand on their own feet in a competitive market place will take years. In the meantime, the government has to confront the high levels of unemployment in the country,  now at  about 30% and likely to accelerate sharply as a result of the Covid-19 pandemic. The government has a responsibility to its citizens to deal with the problem, but it can best do this by using its resources to stimulate economic growth so that more jobs are created.

In his comments, minister Nxesi raised the risk of fomenting feelings of xenophobia through the introduction of quotas, and he is correct. Behind such a system is the idea that South Africans have the first right to be employed; where this is not the case, this could foster hostile feelings of “us and them”. Why have quotas in certain sectors and not in all of them? There will probably be demands for quotas to be introduced in other sectors as well.

A further problem lies in the practicality of the measure. How will it be enforced? Will the labour inspectorate, which already has to inspect thousands of businesses for compliance with labour laws, now have to ask for proof of nationality of workers as well? For example, possibly by asking them to speak so that their accents can be detected?

We can understand the concern that underlies the policy proposal, but in our view it is misguided and does not get to grips with the real problem.

EDITORIAL: SA at a critical point in managing the pandemic

That Comair should be forced into such a drastic step makes public enterprises minister Pravin Gordhan’s persistence with the resurrection of SAA all ...
Opinion
11 months ago

EDITORIAL: Lockdown is no time for government to keep SA in the dark

Labour department to impose quotas for foreign nationals in some sectors

Labour department to impose quotas for foreign nationals in some sectors