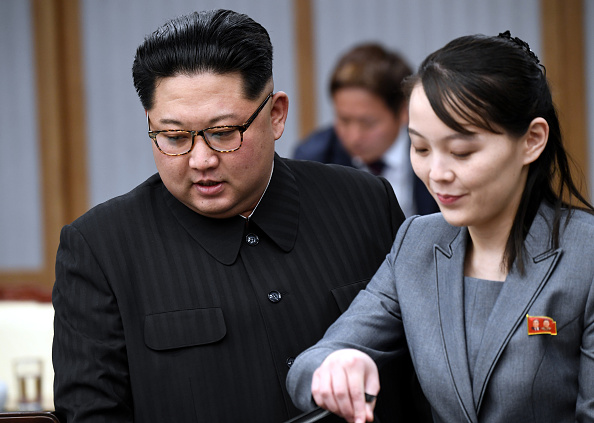 Kim Yo-jong, the powerful sister of North Korean dictator Kim Jong-un, took issue with recent remarks by South Korea’s top diplomat regarding Pyongyang’s antivirus measures. Foreign minister Kang Kyung-wha had told an international forum it was hard to believe the North’s claim that it has no Covid-19 cases, adding that the reclusive regime has been unresponsive to the South’s call for cross-border antivirus co-operation.

In a statement carried by a state-run news agency, Kim said the “reckless” remarks by Kang show the latter was eager to further chill the frozen relations between the two Koreas. “We will never forget her words and she might have to pay dearly for them,” Kim said.

North Korea claims to be free of coronavirus, but it has put Pyongyang on the highest level of alert against the highly contagious virus, suspending the operation of public facilities and restricting the movement of residents in the capital. Tight border controls put in place early in 2020 have reduced the North’s trade with neighbouring China to near zero. Given the North’s overwhelming reliance on China for trade, the impoverished regime is assumed to be struggling with dire economic difficulties.

As Kang put it, it is an “odd situation” that Pyongyang has taken such extremely costly measures against the coronavirus despite its claim there have so far been no confirmed cases of infection in the isolated state. Kim’s latest statement may suggest the North was worried that failing to respond to the South Korean foreign minister’s comments could be seen as a tacit acknowledgment that its claim of being coronavirus-free is false.

Kim’s statement was issued just before US deputy secretary of state Stephen Biegun’s trip to Seoul for talks with South Korean security and diplomatic officials, so it could also have been a message that Pyongyang wants Seoul to step up efforts to forge an external environment favourable for the recalcitrant regime during the transition of power in the US.

US president-elect Joe Biden, who takes office on January 20, has made it clear he will handle the North Korean nuclear issue by engaging in principled diplomacy based on working-level negotiations, a departure from the top-down approach taken by his predecessor, Donald Trump. /Seoul, December 11

In reviewing the global scene, the world’s second-biggest economy stands out all the more
Opinion
11 months ago