In future, the moderator should have the ability to mute microphones if rules are broken 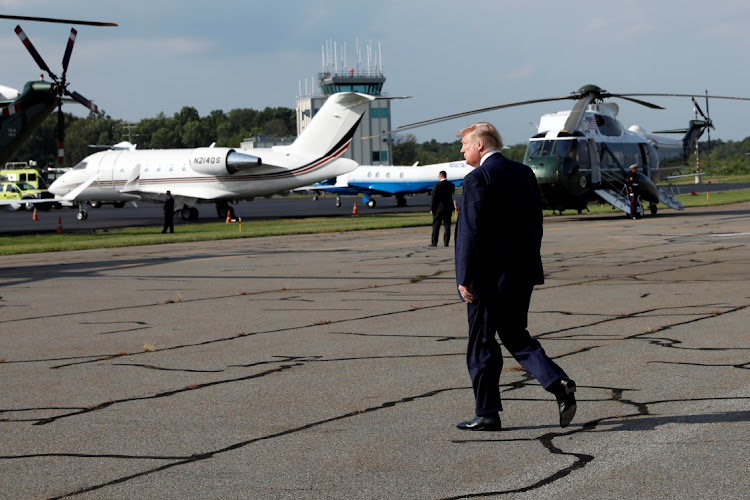 Even by the standards of a bleak year, Tuesday night’s presidential debate was deeply dispiriting. Granted, it served in its way to confirm what voters already know, or ought to know, about President Donald Trump — that he’s a bloviating bully who says whatever comes into his head and cannot bear to hear anybody else speak. But precisely for that reason there was no real engagement with questions of policy. Worse, there was no sign that good-faith disagreement is any longer possible in American politics.

Presidential debates are rarely enlightening or apt to change voters’ minds, but this one marked a new low. It seemed all the more disgraceful coming amid a pandemic that has already claimed more than 200,000 lives. In truth, it suggested a political system on the point of collapse.

It would be wrong to blame moderator Chris Wallace, who did as much as anybody could to impose order and elicit thoughtful or informative answers. Trump makes that a hopeless ambition. The president interrupted former vice-president Joe Biden continuously, and simply ignored the rules he’d agreed to and countless requests to let his rival make himself heard. In future debates, supposing anybody can bring themselves to watch another, the moderators would do viewers a service by insisting on the right to turn microphones off if rules are broken.

Biden deserves credit for trying to debate according to normal standards — that is, by mentioning policy proposals and referring to facts. In this gladiatorial setting, such an approach cannot succeed with Trump, but descending to the president’s level wouldn’t have succeeded either. As a mark of respect for voters, Biden was right to make the effort.

At the end of this dismal evening, one brief moment of clarity appeared and is worth noting. Both candidates were asked whether they would urge their supporters, in view of likely vote-counting delays, to be patient and wait calmly for the election results to be certified. Trump equivocated. Biden said yes. Even if there weren’t a hundred other reasons to vote Trump out of office in November, that by itself would suffice. /New York, September 30

If the Trump tax revelations reveal anything, it’s that there are two sets of rules: one for the rich, and another for everyone else
Opinion
10 months ago

Trump's campaign spokesperson accuses Biden of hiding past earnings, but does not address whether Trump will release his tax returns
World
10 months ago

Coverage serves only to reinforce disservice to public, who are denied chance for real understanding
Opinion
10 months ago