‘Juancarlismo’ loses its sheen as legacy of Spanish king unravels

The anachronism of hereditary privilege in the 2020s will rankle in Spain and other monarchies in Europe, especially given the unequal burden of Covid-19 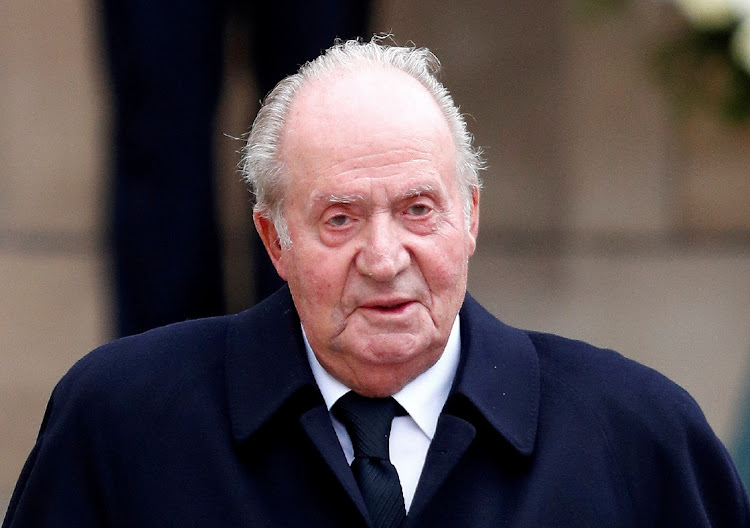 Picking the high point of Juan Carlos I’s reign is easy. In 1981, just a few years after Spain had restored democracy and monarchy in the wake of Gen Francisco Franco’s dictatorship, the king used his authority as commander-in-chief of the armed forces to crush an attempted coup d’etat. The democratic transition process got a fresh boost, as did public support for juancarlismo, in which the monarch served as the constitutional glue keeping a historically divided country together.

Sadly, there are several contenders for the low point. His secret safari trip to Botswana in 2012, as Spaniards struggled with a deep recession and record unemployment, ended with a broken hip and a stream of embarrassing revelations about his private life. In 2014, pressure from a landmark corruption probe into the business activities of his son-in-law led to his abdication in favour of his son, Felipe VI.

This year, with Spanish and Swiss prosecutors looking into payments allegedly received from Middle Eastern royals and subsequent transfers to a former lover, the 82-year-old former king has been cut off financially from the palace and is now in self-exile — possibly in Abu Dhabi. (Juan Carlos is not under formal investigation and his lawyer has said he will remain available to deal with any requirements from Spain’s public prosecutor.)

The legacy of Spain’s first post-Franco royal is unravelling, with pressure growing to remove his name from public buildings and streets, and there are doubts as to whether the monarchy itself can survive. The Bourbon family name may ooze history, but Spain’s constitutional monarchy is only 42 years old and it’s increasingly seen as divisive rather than consensual.

Some left-wing politicians, bolstered by popular ire over widespread establishment cronyism and corruption after the financial crisis, are taking pot shots at the crown. So are separatists in Catalonia, who have continued campaigning against the centralising Spanish state since their illegal 2017 bid for independence was shut down. About 55% of Spaniards would like a referendum on whether to abolish the monarchy, according to a YouGov poll for the Huffington Post last week.

In a bid to survive in his post, King Felipe, who has enjoyed better poll ratings than his father, is undergoing a crash course in 21st-century probity. Shortly after taking the throne, he cut his salary by 20% (to below $270,000 a year) and promised more transparent financial disclosure. Earlier this year, in a bid to protect the royal brand from his father’s legal issues, he renounced his inheritance from his father.

It’s entirely possible that the 52-year-old Felipe will see off this latest threat to his reign. The constitution has only been changed twice in its history, and abolishing the monarchy would require a super-majority in two successive parliaments and then a referendum. Socialist Prime Minister Pedro Sanchez said it was appropriate for Juan Carlos to leave the country and that Spain needed solid institutions. And while his coalition partner and Spain’s most famous left-wing firebrand, Pablo Iglesias of Podemos, has argued in favour of a republic, he has in the past acknowledged that “large sectors” of Spain feel sympathy towards Felipe.

Historian Jordi Canal points out that monthly surveys of Spanish public opinion rank the monarchy very low on the list of the country’s current problems, behind the economy, health, politics and immigration.

But the anachronism of hereditary privilege (and immunity from prosecution) in the 2020s will continue to rankle in Spain or other monarchies across Europe, especially given the unequal burden of Covid-19. Even in their stripped-down, symbolic format, today’s monarchies can cost their taxpayers anywhere from $10m (Spain) to $100m (the UK) per year — enough to spur resentment. During lockdown, when Belgian royals filmed themselves waving from beautifully manicured lawns with the words “courage” and “stronger together” spelt out in floral arrangements, Twitter users doctored the footage to add: “Good luck in your 20m2 apartments.”

And just as social tensions grow, separatist movements are seizing the opportunity of Covid-19 to push back against the monarchical status quo. Catalonia’s regional government has been using its own public-health policies to bash Madrid’s handling of the virus, which has amplified the blame game over a rebound in cases. In Belgium, where Dutch-speaking Flanders is historically more anti-royal than French-speaking Wallonia, disagreements on Covid-19 policy have sparked Flemish nationalists to push their vision of a Belgian “confederation” with a reduced monarchy.

And in the UK, support for Scottish leader Nicola Sturgeon’s handling of Covid-19 has helped bolster her campaign for independence, which has majority backing in polls.

Given the general preference for monarchies that are seen and not heard, royals have little choice but to keep shrinking their roles before someone else does it for them. Smaller families that are less of a drain on taxpayers and have clearly-defined roles will become more common, a trend no doubt accelerated by awkward scandals such as Prince Andrew’s friendship with convicted child sex offender Jeffrey Epstein.

For the Spanish, a lot will depend on what’s turned up by the prosecutors. If ever Juan Carlos is found to have taken bribes, he certainly wouldn’t be the first: the late Prince Bernhard of the Netherlands admitted to accepting $1m in bribes from US defence contractor Lockheed Martin in the 1970s, saying, “I have come to accept that the word Lockheed will be etched on my gravestone.” But it would nonetheless serve as a sad end to juancarlismo — and a moment of grim reflection for monarchies everywhere.

Where in the world is former Spanish king Juan Carlos?

Accused of accepting bribes, he helped move Spain from dictatorship to democracy and his lawyer says the former monarch is at the ‘disposal of ...
World
1 year ago

Video footage showed clashes on the streets of La Paz and some buildings on fire on Sunday after the military called on president to step down and ...
World
2 years ago

Francisco Franco will be feted wherever his remains lie, sadly