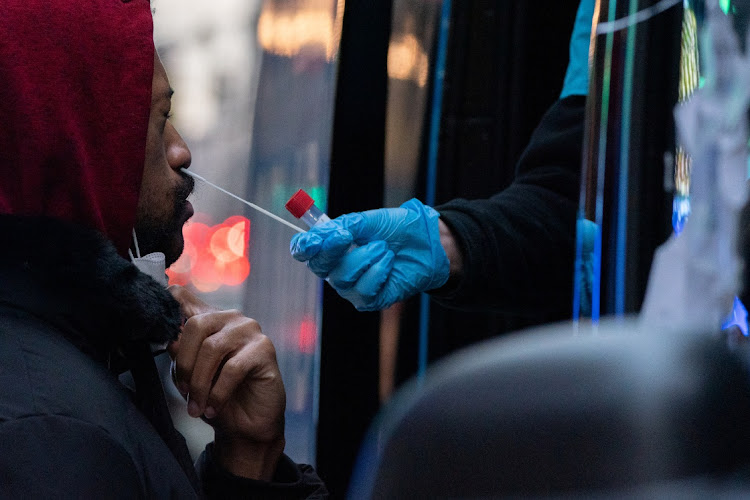 A study by a KwaZulu-Natal-based research institute has found that people who have been infected by the Omicron variant of the coronavirus have more immunity against the Delta variant than those who have not been infected.

This was especially the case with those who had been vaccinated and then infected with Omicron.

African Health Research Institute faculty member and associate professor at KwaZulu-Natal University Alex Sigal conducted the study — which has not as yet been peer reviewed — on the blood of 15 people infected by Omicron shortly after the onset of symptoms and again two weeks later after they had developed antibodies.

“What was not surprising was that they had some immunity to Omicron but what was surprising was that we also saw immunity to Delta,” said Sigal. The study showed that the antibodies were better in getting rid of the Delta variant compared with subjects that had not been infected with Omicron. The people with the best response were those who had been vaccinated.

Sigal told Business Day in an interview that the study established a fourfold increase in the neutralisation of the Delta virus.

Even though the sample was small, Sigal said the results were technically correct.

He said that while Omicron was dominant in SA this was not the case in other parts of the world where Delta was still prevalent and it seemed more pathogenic than Omicron. There would be less chance of people having been infected with Omicron being infected with Delta.

“We are making some kind of prediction with this data that Omicron will push Delta out in the rest of the world which will probably be a good thing if Omicron is less pathogenic (severe) as might be the case. Omicron at this point seems to cause less severe disease than Delta so pushing Delta out is probably a good outcome,” Sigal said.

Coronavirus infections have soared wherever the highly infectious Omicron variant has spread, triggering new restrictions in many countries and ...
World
7 months ago

Data from SA which suggests Omicron is 70% to 80% less severe than Delta should not be extrapolated to all countries, the Africa Centres for Disease ...
World
7 months ago
Next Article