Data from SA which suggests Omicron is 70% to 80% less severe than Delta should not be extrapolated to all countries, Africa CDC says 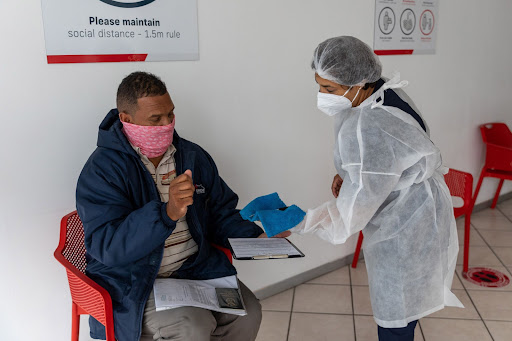 Data from SA which suggests the Omicron coronavirus variant is 70% to 80% less severe than Delta should not be extrapolated to all countries, the head of the Africa Centres for Disease Control (CDC) said on Thursday.

A South African study published on Wednesday found that people diagnosed with Omicron in the country in October and November were 80% less likely to be admitted to hospital than those diagnosed with another variant in the same period.

“We should interpret the data from SA with a lot of caution,” John Nkengasong, director of the Africa CDC, told an online media briefing. “This is early days and public health practice is local.”

“Let’s be careful not to extrapolate what we are seeing in SA across the continent, or across the world,” he said.

He said that factors such as the young median age of the SA population could be playing a part in what was being observed in the country, and that differing vaccination rates between countries could also lead to different outcomes.

Two studies from Britain have also given indications that the risk of hospitalisation is lower with Omicron, though to a lesser extent.

An Imperial College London study found the risk of a hospital stay was 40% to 45% lower for Omicron than for Delta, while in Scotland a reduced risk of hospitalisation was also observed in an analysis of early data.

Nkengasong said the effectiveness of all Covid-19 vaccines was reduced, to a greater or lesser extent, against Omicron, and urged Africans who were not vaccinated yet to come forward, and those who were to get their booster shots.

“It is very clear that the Omicron variant is challenging all vaccines,” he said, adding that Africa had barely reached the 10% mark in terms of the proportion of the population that is fully vaccinated.

Province was one of the first to experience a surge in infections in November, largely driven by the Omicron variant, but seven-day daily average now ...
National
4 months ago