Officials undeterred by US’s preference for other brands 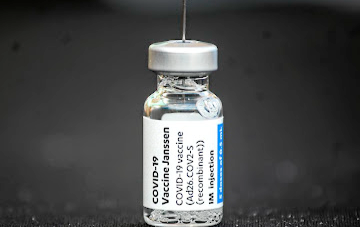 The department of health reaffirmed its safe-use assessment of Johnson & Johnson’s (J&J) single-dose vaccine as it kicked off its rollout of Covid-19 boosters on Friday.

The department threw its weight behind J&J’s product just days after the US Centres for Disease Control and Prevention expressed a “clinical preference” for other brands.

It said in a statement the preliminary short-term analysis of the government-led Sisonke trials indicated that two doses of J&J have been found to be protective against hospital admissions with vaccine efficacy data for hospital admissions at least equivalent to other vaccines.

“The department of health is satisfied that the J&J vaccine continues to provide much hope to South Africans … there is no reason for widespread concern,” it said.

The J&J shot is one of the most widely used in Africa, because it is administered in a single dose and does not require ultracold storage.

The country’s health watchdog, the SA Health Products Regulatory Authority (Sahpra), recently approved the use of the J&J vaccine for boosters injected at least two months after the primary vaccination.

Previously only health workers who received the J&J vaccine more than six months ago as part of the Sisonke 2 trials were eligible for a booster.

About 500,000 doses of the J&J vaccine have been administered as part of the overall Sisonke study, with adverse events occurring among 2.2% of the participants, according to the department.

“Our safety data demonstrates that this vaccine was well tolerated and that all the rare events associated with the J&J vaccine were well managed, demonstrating that in low and middle income countries, this single-dose vaccine has great utility,” said joint national lead of the study Prof Linda Gail Bekker.

But peer-reviewed data on the impact of Omicron on vaccine effectiveness is still scant as researchers across the globe race to understand it better.

On Friday SA began rolling out its booster programme, providing further vaccinations to anyone who received their J&J dose at least two months earlier and from December 24 with at least a two-month interval.

Pfizer boosters are set to be introduced from December 28.

Third dose of Pfizer-BioNTech’s vaccine restored defence to 54.6% in inoculated people aged 60 or more compared with those with two doses
World
4 weeks ago

Two doses and a booster of the Covid-19 vaccine made by China’s Sinovac Biotech, one of the most widely used in the world, didn’t produce sufficient ...
News
4 weeks ago