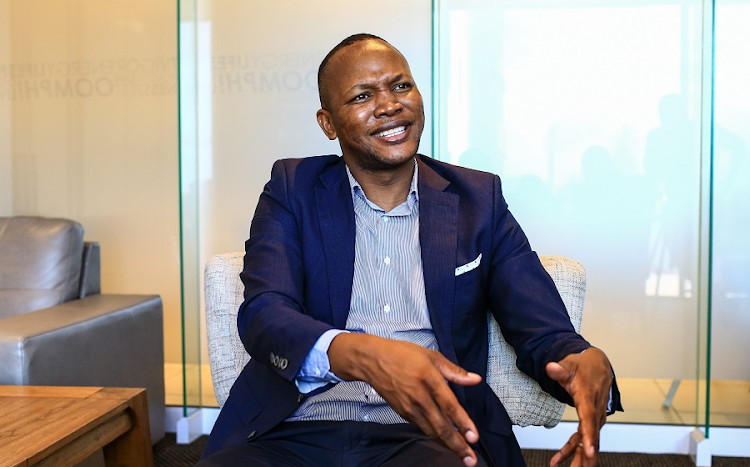 “Please Call Me” (PCM) inventor Nkosana Makate says his David vs Goliath legal battle with mobile giant Vodacom has been emotionally draining and taxing on his family.

Makate, who hailed his latest victory in the courts as “significant and nearer to the finish”, has waged a 21-year legal battle to seek compensation for his idea.

On Monday, the Pretoria high court ordered Vodacom to make a fresh determination on a payment due to Makate, rejecting a R47m offer made by Vodacom CEO Shameel Joosub in 2019.

“I believe this latest judgment takes us nearer to the finishing line,” Makate said.

“It opens up the clouds and gives us more clarity. This judgment further enforces the judgment of the Constitutional Court [in April 2016]. It really does get us closer to the finishing line.”

He said he was prepared for anything, knowing the fight may not end now. He said he was receiving support from his family but the matter had taken such a long time that it had become emotionally draining for all family members.

Vodacom confirmed the judgment and order in the matter delivered by justice Wendy Hughes.

The company insisted negotiations with Makate were held in “good faith”.

In her scathing ruling, Hughes said Joosub “was disingenuous to project that PCM, as a third-party service provider, should only be allocated a duration of five years”.

“In my view, it is therefore projectable that PCM as a brilliant concept would have had the longevity that it has on Wednesday. Thus, the 18 years proposed by Makate is reasonable, probable and has been achievable,” Hughes said.

“The determination [R47m] by the CEO is referred back to Joosub, who is obliged to make a fresh determination with the following directives: the applicant [Makate] is entitled to be paid 5% of the total voice revenue generated from the PCM product from March 2001 to March 2021.”

Hughes gave Vodacom one month to remedy the situation. She also ruled the total voice revenue to be used in determining what Makate deserved included PCM revenue derived from prepaid, contract (both in bundle and out of bundle) and interconnect fees, as set out in the second respondent’s annual financial statements.

Hughes said in determining money owed to Makate, Vodacom must assume the average call duration of the return calls is two minutes.

“The applicant is entitled to 27% of the number of PCMs sent daily as being revenue generated by the return calls to the Please Call Me,” the judgment stated.

Makate likened his battle to a journey of 100km in which he has crossed the 97km mark.

“I will see off the last 3km as patiently as possible. Fighting Vodacom ... has not been easy for someone like me,” he said.

He said he had learnt to be patient over the years as the matter went through different courts without reaching a conclusion.

This was not the first time he had to wait a year for a judgment after the first trial in the Johannesburg high court, he said. He waited for seven months for the Constitutional Court’s ruling, which stated he needed to be recognised and compensated. Those judgments, he said, had prepared him mentally and forced him to understand that court matters took time.

Asked if his legal fees may have ballooned to the extent that they would take the bulk of his compensation, Makate said: “That is speculation. There is nothing like that.”

Auction of 5G spectrum looms at last, but what is all the fuss about this big pie in the sky?

Analysts say lacklustre market response to the group’s 12.5% increase in revenue from financial services is due to its focus on the local market ...
Companies
5 months ago
Next Article