Copyright Amendment Bill an issue for trade between SA and US 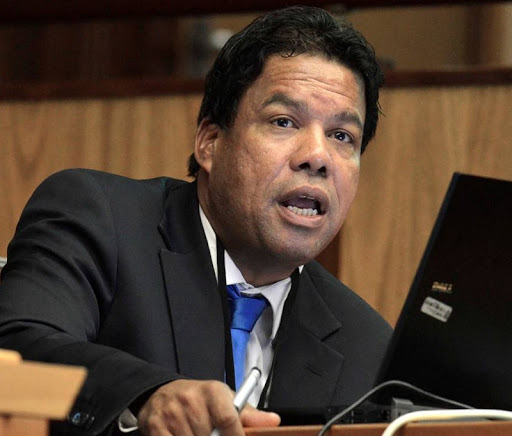 SA is apprehensive about striking a new trade deal with the US and would rather maintain existing relations with the world’s largest economy, Lionel October, the director-general of in the department of trade, industry and competition has said.

SA is currently party to the Generalised System of Preferences (GSP) and the African Growth and Opportunity Act (Agoa), which together allow most Sub-Saharan African countries duty-free access to the American market for almost 7,000 products. Agoa is due to expire in 2025, while Richard Neal, the chair of the US  House of Representatives’ ways and means committee, has called for the GSP — the US’s oldest and largest trade-preference programme for the world’s poorest economies — to be updated.

“We are hoping we can keep the current unilateral agreement in place,” October said. “We are working more on continuing GSP preferences, hopefully getting an extension to Agoa, even though we might have to give some concessions — but rather that than a full-blown trade agreement” that may take four to five years to negotiate, he said.

Trade in goods and services between SA and the US was valued at $17.8bn (about R258bn) in 2019, while $2bn of exports from SA were cleared under the GSP and Agoa, according to US government data.

SA’s preferential market access to the US is under review. That’s after the US trade representative accepted a complaint from the International Intellectual Property Alliance (IIPA) — a US private-sector group that represents companies including the makers and distributors of books, films, music and video games — that alleges SA’s Copyright Amendment Bill and Performers’ Protection Amendment Bill fail to “provide adequate and effective protection” of American copyrights.

If the outcome of the review is negative, SA could lose its preferential market access under both the GSP and Agoa.

SA officials plan to meet their US counterparts early in March to discuss trade relations under President Joe Biden’s administration, according to October. “We are planning to put a lot of effort into our relationship with the US,” he said.

While Kenya is negotiating a bilateral trade deal with the US, a country-to-country deal isn’t an option for SA because it is part of a regional customs union with Botswana, Lesotho, Eswatini and Namibia. The government also fears that any new accord could be accompanied by conditions that would prejudice local industry, October said.

Here are other key issues addressed by October:

The government will need to maintain some form of protection for SA manufacturers if it is to build up local production capacity and create employment, according to October. “We have been relying on our mining and finance sector to drive growth,” he said. “Countries only become successful if they have manufacturing and agriculture. That is where the high-paid jobs are, it is where the mass employment is. We need protection when it is needed. Obviously you can’t become uncompetitive.”

Africa’s largest vehicle-making nation is experiencing an investment boom, with the world’s biggest vehicle producers adding to manufacturing capacity. Expansion plans being implemented by Ford Motor will generate investment totaling R33bn and see the construction of 13 new factories and the overhaul of a rail link between Pretoria and Port Elizabeth by 2025.

Toyota is ramping up production of its hybrid cars, while Isuzu Motors is reviving an old General Motors plant in the south of the country. The government is now reaping the fruits of a 20-year effort to build up the industry, which generates almost 15.5% of the nation’s exports and employs more than 100,000 skilled workers, according to October.

The steel industry lies at the heart of the country’s industrialisation drive and a master plan to encourage output will be announced soon. Demand has already been picking up, driven by an infrastructure-development drive and an expanding mining industry, with investments being made in furnaces and plants being modernised.

The government wants to substantially increase local participation in the steel industry, including taking up a bigger stake in ArcelorMittal SA unit, October said.

The African Continental Free Trade Area agreement (AfCFTA) that came into effect this year will increase African countries’ market access, encourage regional trade and promote industrialisation — a goal that has been beyond the reach of most small African nations, October said.

SA intends to step up trade with Kenya, Ghana, Nigeria and Egypt, and work with them to make in-roads in the automotive sector.