An illustrious academic, Bozzoli shaped the hearts and minds of her students and colleagues, in SA and worldwide, to her final breath 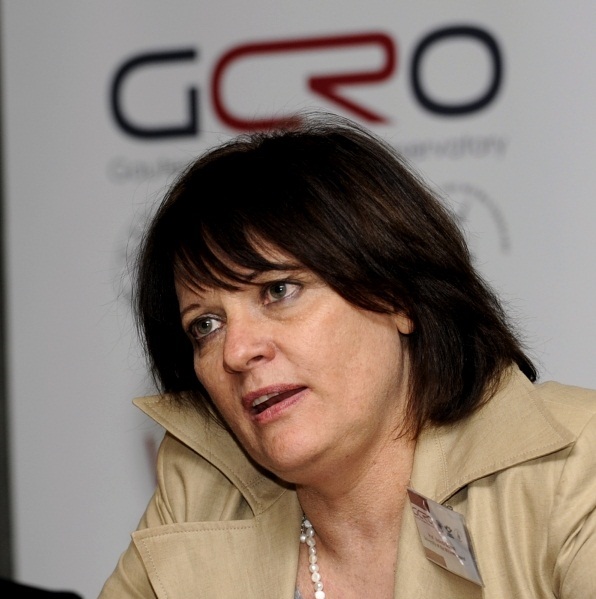 Belinda Bozzoli was born into a city in the midst of a global war, a city fuelling the Allied effort with minerals, metals, people and ideas; into a family busy with building the cultural and physical environment of Johannesburg.

Educated at Wits, where her father was a towering figure, Bozzoli later studied in the UK and taught and presented her research at the great universities of the world. She was committed to the idea of Johannesburg, and her alma mater, as the metropole not the periphery.

I have been first a student, then an admirer, a friend and a colleague of the late Belinda Bozzoli for 36 years — a journey from a Wits seminar room in the middle of the first state of emergency in 1985, to this past weekend when she breathed her last.

My first reading encounter with Bozzoli’s mind was her scintillating but challenging essay “Marxism, Feminism and Southern African Studies”. It has been read and cited globally and is the basis of an entire field of social theory. It is a tour de force and it is possible to read just this one piece of scholarship to enter the music of SA history.

I urge all to read it — even if it seems burdened by an arcane title. In it you will find a story of yourself. It is a history of SA in less than 40 pages — written in chords — across regional, ethnic, race and class divisions, with gender relations as its petrol and women at the wheel.

Reading this work was a revelation in the mid-1980s, when the word “women” was usually voiced as an insult in public life.

The essay, and the debates around it, propelled young women into academia; citations to it in published works, dissertations and course outlines map a geography of her significance. We are still grappling with the questions she raised in it — for example about rape and gendered violence — convened around the memorable phrase, describing our common heritage, “a patchwork quilt of patriarchies”.

Nearly 30 years ago Bozzoli delivered her inaugural lecture as a full professor of sociology in the Senate Room where people later gathered for her memorial — in person and virtually.

By then she had created with colleagues a “forge”: a workshop of history, sociology and political research linking the university with creative and theatre arts and trade union projects.

She launched lecture series and conferences and edited collections of groundbreaking work on SA history and social analysis; and she had already supervised two cohorts of PhD students whose academic careers took them across Southern Africa and the world. She was a renowned undergraduate teacher too, who combined wit, sagacity and passion in her pedagogy.

Bozzoli’s lecture that evening called the audience to attention around an exemplary issue at the centre of her work: the social consciousness, agency and philosophical disposition of working class women in SA.

Her lecture probed the implications of women’s power and vulnerability. Pressing her research against the grain of the race-capitalism nexus, she insisted that we pay attention to the complexity of gender relations in a country then only 81 years old, and younger than some of her informants.

Titled “The Case of Mrs. Molefe” the lecture formed part of a pioneering and unique study of the lives of 22 women — women who for some of their long lives were ambitious and conservative school girls; for some of their lives wage-earning domestic workers in and around Johannesburg; and for some of their lives “Mayibuye Women”, activists and courageous urban opponents of apartheid, fighting in public against the gutting of their urban gains — to defend their dignity and their relative autonomy and their cosmopolitan selves.

The book ends with her cohort living out lives as rural matriarchs reimagining precolonial ethnic solidarities in the face of the violence and disappointments of the 1980s.

The lecture and the book it references, written through careful oral history and archival sleuth, assisted by Mnantho Nkotsoe, (Women of Phokeng. Consciousness, Life Strategy, and Migrancy in SA, 1900-1993), was a global standout and has been taught and cited by thousands in courses and publications from Durban and Dakar to Detroit, Dublin and New Delhi.

At the core of her method was the honing of a sociological imagination, with a fierce and independent mind probing against clichés; rejecting patronising and implausible analyses of suffering, power, hope and the struggle to be free human beings.

Some 13 years, and key published papers and edited collections later, her next monograph, “Theatres of Struggle and the End of Apartheid”, traced and probed a most painful subject: the rebellion in Alexandra township in 1986. It is a riveting and cautionary analysis; a kind of morality tale. It is an account of mass action in the form of embodied dreams of Utopia on the highveld.

She shows us the world that the book’s youthful protagonists yearned for, without suffering, crime, hunger, alcoholism, decay or misery. This beautifully woven account of intimate kinship, of enemies within, of rage and hope against the SA state machine, whipped by intergenerational struggles, takes place just a few kilometres from Sandton. Her account of the rescripting of this crisis in the Truth and Reconciliation Commission is a forensic and apposite lesson as we puzzle through our post state capture commission cycle.

A tribute to her life would not be complete without noting her pugnacious humour; her sparkling, compelling and even terrifying eyes, as she urged on her students and colleagues and helped to build one of the world’s greatest universities; as she lamented and fought against the funding cuts and misspending of state assets that threatened to starve intellectual lifeblood.

Beloved of Charles van Onselen, her historian husband, and her three adult children, Gareth, Jessica and Matthew, she leaves a parliament and a political party with a high bar to emulate in defending our constitution and the right to education.

We cannot also forget that she once worked through a weekend with buckets and boots to save precious works of art from a flooded Wits basement; and, with expert colleagues and benefactors, was instrumental in the rise of the Wits Art Museum.

She died as she lived, a lover of sculpted and painted art and musical brilliance, surrounded by her loved ones and the majesty of our floral kingdom.

• Burns is associate professor of medical history at Wits University.

BELINDA BOZZOLI: The engine room of parliament is nothing more than a merry go round

BELINDA BOZZOLI: The engine room of parliament is nothing more than a merry go ...

BELINDA BOZZOLI: The engine room of parliament is nothing more than a merry go ...