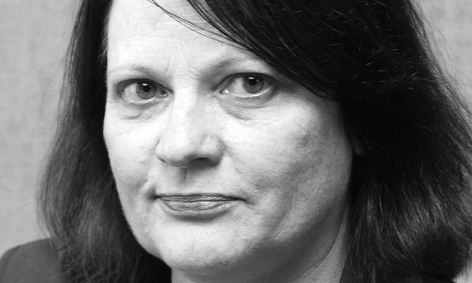 Thirty-six years ago, as a PhD student in the Wits sociology department, I was assigned to tutor students on a course taught by Belinda Bozzoli.

I attended her lectures, and they were to prove one of the crucial intellectual experiences of my life. Teaching with the kind of dash, colour and flair more normally associated with the theatre than the classroom, Bozzoli provided what felt like a complete education in SA history and social science.

She gave me things to think about, which have continued to shape my academic work to this day. That was the moment when I got to know one of the most extraordinary people among a great generation of socially and politically engaged SA academics.

Bozzoli was very much a Johannesburger, but I would say her period as a graduate student in the UK during the 1970s is crucial to the understanding of her work. There she was exposed to the influence of the powerfully creative “social history movement” of the time. Propelled by the work of the such great scholars as the globally ranging Eric Hobsbawm; the historian of the English Revolution, Christopher Hill; and EP Thompson, bard of the formation of the English working-class, that exciting development seized the imagination of a generation of young intellectuals in the UK.

It was especially Thompson’s emphasis on the importance of understanding the lived experience of working-class people and the diverse cultural components that made up their worldviews that, in my view, was to shape Bozzoli’s work.

She was operating, we need to remember, in a context in which much of the oppositional intelligentsia in SA was under the sway of particularly rigid and dogmatic forms of Marxism

Her writing was also to bear the imprint of the powerful impact on British left-wing thought in the period of the ideas of the Italian Marxist Antonio Gramsci, with his stress on how dominant ideas are built and the key role of intellectuals in creating political leadership or hegemony.

Especially important was Bozzoli’s attendance at the meetings of the Oxford-based History Workshop, which linked the historical research of radical, young, social historians with an attempt to reach out politically to a broader, non-academic audience. All these developments in the UK were connected to the emergence in the 1960s and 1970s of the New Left, combining an anti-capitalist and feminist radicalism with a strong hostility towards the repressive authoritarianism of Soviet neo-Stalinism and its admirers.

Bozzoli’s political views were to change across time, but the focus on lived experience, the fascination with intellectuals and culture, a deep egalitarianism and feminism, and profound suspicion of authoritarianism, were to remain enduring themes in her thought. She also disdained the “normal” academic obsessions with disciplinary turf, practising “inter-disciplinary” thinking before it was fashionable; a professor of sociology with her feet firmly planted on historical ground.

After returning to SA, in 1977 Bozzoli and her husband Charles van Onselen, together with Phil Bonner and a number of others, initiated the Wits History Workshop, which thrives to this day. Following the UK model, the organisation aimed both at dynamic new scholarship and political and educational outreach, and made a big impact in both realms.

The time was one of political foment, in the aftermath of the Soweto uprising. Though there were a number of different political strands in the Workshop, it had a particularly strong affinity with the independent, black trade union group, Fosatu. Through the 1980s, large numbers of trade unionists would arrive on the Wits campus for History Workshop-organised “cultural days”.

Bozzoli’s intellectual work through the 1980s was original, substantial and had a lasting impact on SA intellectual life down to the present day. She was operating, we need to remember, in a context in which much of the oppositional intelligentsia in SA was under the sway of particularly rigid and dogmatic forms of Marxism.

The SACP and large sections of the ANC were strongly influenced by Soviet doctrine with its extremely mechanistic manner of thinking. More independent Marxists did question some of these positions, but tended, analytically, to reduce politics and culture to economic factors, to insist that apartheid could not end without the overthrow of capitalism, and to lay down “correct” lines for politics. From the start, Bozzoli was sceptical about all this.

Bozzoli’s first, 1981, book, based on her University of Sussex thesis, was a study of the rise to social dominance of mining industrialists in SA between the early days of the Rand and the Great Depression. It already showed her sensitivity to issues of culture: drawing on Gramsci, she focused on the cultural role of intellectuals in defining the interests of a new ruling class, and in creating the hegemony of their worldview.

But it was in a series of introductions to edited books from the History Workshop conferences, that Bozzoli laid out her manifesto for a new SA history. Culture and politics, rather than economics in a narrow sense, and the lives of ordinary people, stood at the centre of her vision. She stressed the need to understand the point of view of “factory workers, domestic servants, traders, diggers, the unemployed”.

Like Thompson, she was interested in how labouring people culturally defined their own identities, calling for the historians to tackle township life and “the great unwritten history of the SA working-class”, and emphasising the importance of interviewing people about their life histories.

One of the important insights of the Wits History Workshop captured by Bozzoli was that the racial divisions of SA society were not fixed; on the early Rand, racial boundaries were more fluid than they later became. Therefore, segregation and apartheid had to be understood as processes actively imposed by politicians and bureaucrats, rather than treated as reflecting automatic racial identifications.

Always, she emphasised the “agency” of ordinary people; they were active participants in history, not simply pawns of the social structure. Following Thompson, she saw the duty of the historian as being to take a position of respect towards people’s understanding of their own social worlds.

She was scathing about leftists who blamed workers for not having the “right” political ideas. Bozzoli was also a stern critic of the idea that there was some simple or “functional” relationship between capitalism and apartheid.

In her view, this was a mechanistic point of view that saw society as a machine, and which did not bother to explore actual political processes. And she was deeply sceptical of the constant invocation of the idea of “community” on the left, ruthlessly pointing to the cleavages of gender, class, race and skill.

These ideas were pursued in the work of a whole range of young historians and social scientists inspired by Bozzoli, Van Onselen, Bonner, Peter Delius and other elders of the History Workshop moment. Bozzoli herself made huge contributions to the realisation of her programme with her books on domestic workers (Women of Phokeng: Consciousness, Life Strategy, and Migrancy in SA, with Mmantho Nkotsoe, 1991) and political trials (Theatres of Struggle and the End of Apartheid, 2004).

But I would even argue that the legacy of the History Workshop approach can be seen in the strength of SA non-fiction prose. The influence of a rigorous engagement with the stories and visions of ordinary people can be seen in the writing of more than a few journalists and prose writers who were students at Wits in its early years.

Bozzoli is, of course, now best known to a broad SA public for her role as a DA MP. But there was not, I would say, a real rupture between her earlier and later personas. She retained a biting disdain for the keepers of “right lines” and those who wanted to tell ordinary people what they ought to think. She upheld deeply egalitarian and democratic values. She looked at what the evidence told her.

Thinking back to that lecture room at Wits, I feel thankful for having been there at a moment so full of future potential. Academic research and teaching is sometimes so tantalising, for its results often seem intangible. But Belinda Bozzoli’s intellectual work continues in the thought, writing and speech of the students that she taught and inspired and the colleagues who learnt from her.

Questioning all orthodoxies, facing realities, speaking boldly, she is still a model for us all.

• Hyslop is professor of sociology and African studies at Colgate University, Hamilton, New York and extraordinary professor at the University of Pretoria.

BELINDA BOZZOLI: The engine room of parliament is nothing more than a merry go round

Parliament’s budget debates reveal the disturbing psyche of the nation

Vague, meaningless speeches from ministers, followed by raging and obscenities from the back benches, put paid to the cool-headed debate that is the ...
Opinion
3 years ago
Next Article