Huge investment needed for projects over the next decade to address scarcity, says deputy minister 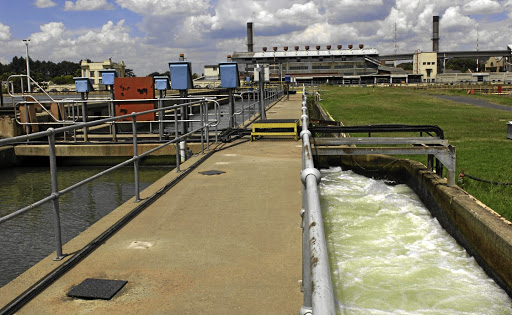 Mahlobo said the government wanted to invest in building the capacity and capability of the water and sanitation sector by investing in managers, technicians, engineers and planners “the for current and future demands”.

With regard to water security and mitigating its scarcity, the deputy minister said they are looking at “harvesting rainwater and fog” to support irrigation and domestic use.

They would also look into the modalities of using water resource infrastructure for power generation and aquaculture, among other things.

Water security in the country is closely linked to energy and food security, with the crucial agriculture sector using about 60% of all available water for irrigation.

Water has also emerged as an important mechanism with which to curb the spread of the global Covid-19 pandemic, as it allows people to maintain proper hygienic standards.

In his adjusted budget in June, finance minister Tito Mboweni announced that R9bn will be reprioritised within allocated conditional grants to fund additional water and sanitation provision and the sanitisation of public transport.

On Thursday, Mahlobo told a National Assembly debate on the water and sanitation budget vote that bulk water and sanitation infrastructure projects in the country, such as the Lesotho Highlands Water Project, among others, will help to enhance water security and revive the embattled economy.

He said public-private partnerships would be required to accelerate and implement these projects to achieve the UN’s sustainable development goals on water and sanitation.

In his prepared speech, Mahlobo did not refer to incidents of  corruption bedevilling the  sector nor did he explain how the government planned to address the scourge.

SA's water sector is among those badly affected by graft.

In March, the Berlin-based Water Integrity Network, an NGO focused on fighting corruption in water sectors worldwide, stated in its report, titled “Money down the drain: corruption in the SA water and sanitation sector”, that the country lost R4bn to irregular expenditure during the controversial tenure of Nomvula Mokonyane as water and sanitation minister from 2014 to 2018.

The delay was required to avoid a disclaimer audit opinion of the financial statements of the Trans Caledon Tunnel Authority, which affect the report
National
1 year ago

Infrastructure spending cuts are in the pipeline because of Covid-19

Treasury should insist on some adjustments, as the department has asked for much more than it can get
Opinion
1 year ago
Next Article