Is Gwede Mantashe stalling on renewable energy and licences for IPPs to increase power capacity because of his allegiance to unionised labour? 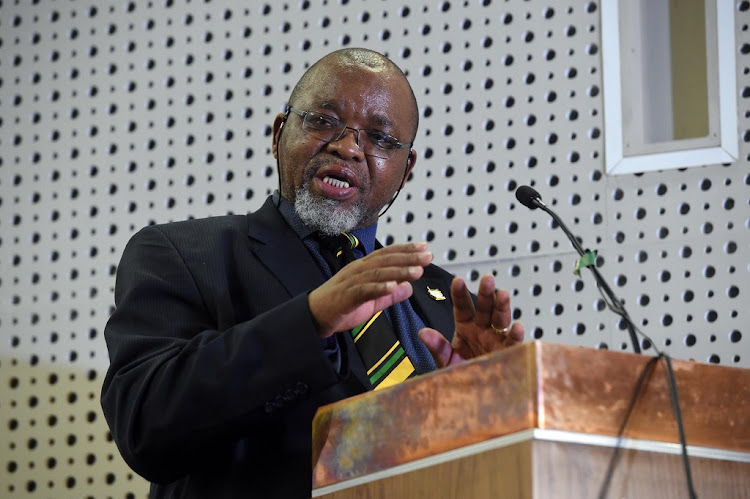 SA has been hit by rolling power cuts less than a month after President Cyril Ramaphosa gave renewed assurances that energy constraints were being addressed, making his pledges ring hollow and highlighting his administration’s inability to tackle the crisis.

Eskom is overseen by public enterprises minister Pravin Gordhan, and while he has borne the brunt of the blame for the outages, criticism is increasingly being directed at another target: mineral resources and energy minister Gwede Mantashe, who is also chair of the ANC.

The former miner and labour union leader is one of Ramaphosa’s most important political allies, yet his reticence to fast-track renewable power projects could prolong the electricity shortages, which have caused the economy to stagnate and sapped investor confidence.

Increased use of solar and wind energy would reduce SA’s reliance on coal, which is currently used to generate the bulk of electricity. That prospect bodes ill for about 87,000 coal miners, many of them members of the National Union of Mineworkers (NUM), which Mantashe led from 1998 to 2006.

“He is a calculating man. The reason he is where he is is because he comes with the unions,” said Ralph Mathekga, an analyst and author of books on SA politics. “He manages to restrain Ramaphosa in the interest of his old traditional allies.”

Furthermore, private producers dominate the production of green energy and an enhanced role for them would mean a diminished one for Eskom. It would also increase pressure on the utility to trim its bloated workforce of more 46,000 people — a prospect vigorously opposed by the unions.

Mantashe “does not believe in privatisation”, Mathekga said. “He is a trade unionist at heart.”

The gravity of the situation has been demonstrated by several days of load-shedding at a time when many power-hungry factories are closed for the holiday season. Most will restart this week, adding strain to the grid.

One of the quickest ways to boost electricity output would be to allow private business to generate as much as 10MW without a licence, up from a current limit of 1MW.

While former energy minister Jeff Radebe initiated the process of raising the threshold last year, Mantashe has failed to follow through since assuming the energy portfolio in May. Mantashe has already engaged the National Energy Regulator of SA (Nersa) “in order to fast track the licensing for small-scale generators”, his department said in a response to questions.

The ministry didn’t comment on whether exemptions could be granted and declined to comment on criticism of Mantashe’s performance.

“Nothing is being done” to enable additional power generation, said Dave Long, general secretary of the SA Independent Power Producers Association. “They are just dragging their feet.”

Sibanye Gold, the country’s biggest precious metals producer, has failed to get approval for a 150MW solar plant, and many other firms have experienced similar problems, CEO Neal Froneman said last month.

The government could also tap private producers to supply more renewable power to the grid. SA had one of the world’s most successful green energy purchase programmes, but stopped seeking bids for new projects in 2016 as former president Jacob Zuma pushed a nuclear power deal with Russia that’s since been abandoned.

The last power off-take agreements were signed with 27 independent power producers (IPPs) in 2018. Mantashe said last month that discussions were underway to establish which of those projects could still be brought on stream in 2020 and that additional investment rounds won’t start until that process is concluded.

“We need to place procurement rounds out there, like yesterday,” said Wido Schnabel, chair of the SA Photovoltaic Industry Association, who estimates that sizable solar projects can be up and running in a year. “Every day that we delay buying new capacity is a day lost and a day that’s going to cost us dearly.”

The minister was galvanised into action last month when Eskom instituted its deepest power cuts yet, reducing supply by 6,000MW, and published a request for information for short-term power supply options of as much as 3,000MW within a year.

That process is unlikely to deliver the desired results, according to Long. “The request for information is worthless” because there’s no way you can procure that much capacity quickly, he said. The process of the formal request is necessary “for the minister to consider all options without any bias against, or preference for, a particular technology”, the department said.

Ramaphosa, himself a former union leader, is likely to be loathe to act against Mantashe because his control over the ruling ANC remains tenuous and he needs to keep his labour allies on side.

“If you replace him, the unions will overrun Ramaphosa,” said Mathekga. “If you retain Mantashe, you say you are happy with this moderated approach” and that the unions’ interests are paramount.

Despite attempts to fix the power utility, its energy availability factor has continued to drop
National
2 years ago

R1.8bn is not for performance bonuses, Eskom tells Nersa

The new CEO had been due to start work on January 15, but the crisis at Eskom persuaded him to start early
National
2 years ago
Next Article

GENEVIEVE QUINTAL: Is ‘sabotage’ at Eskom a cover-up for state’s incompetence?

GENEVIEVE QUINTAL: Is ‘sabotage’ at Eskom a cover-up for state’s incompetence?