The PIC paid R43 per share to acquire a 29% stake in Ayo Technologies, valuing the company at R14.8bn, despite it only having assets of R292m 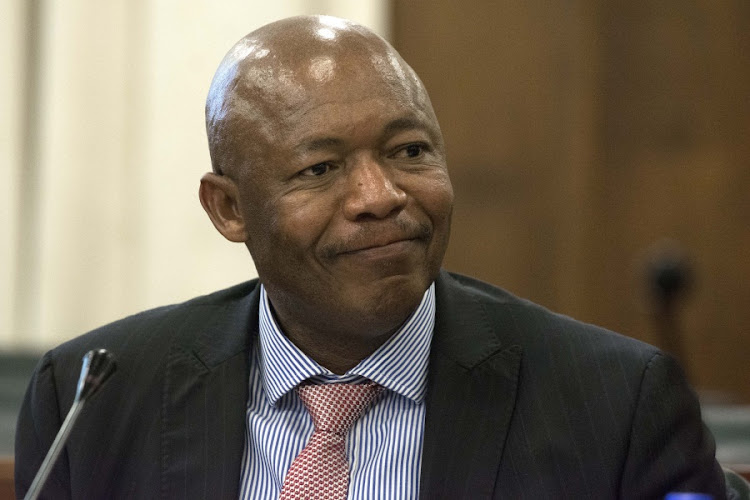 The former chief investment officer and CEO of the Public Investment Corporation (PIC) believes the price the state-owned asset manager paid for the shares in Ayo Technologies was reasonable when the business listed on the JSE in December 2017.

Matjila was describing the events that led to the PIC forking out R43 per share to acquire a 29% stake in a company that businessman Iqbal Survé indirectly controlled. This valued the company at R14.8bn, despite it only having assets of R292m.

The price the PIC paid for the shares has been a contentious issue at the Mpati commission of inquiry into the PIC, with testimony from analysts at the PIC tasked with establishing a valuation for Ayo expressing concern that at R43 per share, the PIC would be drastically overpaying for the investment.

The value attached to the company was also a far cry from the value estimated by Ayo’s former chief investment officer, Siphiwe Nodwele, who thought Ayo was only worth 5% of the R14bn price tag placed on it by the PIC. The last traded price for Ayo was R9 per share, representing a 79% decline from the R43 per share the PIC paid just over 18 months ago.

Matjila told the commission that information and communication technologies businesses (such as Ayo) do not necessarily need to be valued using traditional metrics including assets and profits. They can also be valued on their “deal pipeline” — businesses they are yet to acquire.

In the case of Ayo, the company was in talks to acquire the BEE stake in British Telecoms SA (BTSA) held by its parent company, African Equity Empowerment Investments (AEEI), for R1bn. Survé also indirectly controls AEEI.

“The price of R43 per share was based on the future pipeline of deals to be executed by Ayo with BT as its strategic partner. From my experience,I was also satisfied this valuation was reasonable,” Matjila said.

Despite being the only company purchasing shares at the listing, Matjila provided no explanation as to why the PIC did not attempt to negotiate a better price, especially as Ayo’s draft pre-listing statement indicated a price range of R28–R43 per share.

The implication is that the PIC paid the absolute highest price for the shares being offered, even according to Ayo’s own valuation.

As Matjila was testifying on Thursday, finance minister Tito Mboweni convened the first meeting of the newly appointed board of directors of the PIC. The board elected Reuel Khoza as chair.

He is the first non-political chair of the PIC in nearly two decades and has vowed to restore Africa’s largest investment manager to its former glory.

Shortly after being elected chair of the PIC at the first meeting of the new board that was appointed by Mboweni last week, Khoza said, “We will also restore the PIC to its former glory days when it was held in very high esteem, not only by its shareholder [the government] but by the various other publics it addresses itself to.”

The former PIC CEO says his engagement with Iqbal Survé was not due to friendship, but due to worries about high-risk exposure
National
1 year ago

Former Public Investment Corporation boss Dan Matjila denies influencing anyone to make specific recommendations, including about the valuation of ...
National
1 year ago
Next Article