The party also wants parliament to immediately pass the Independent System and Market Operator Bill, which would break up Eskom into separate generation and supply entities 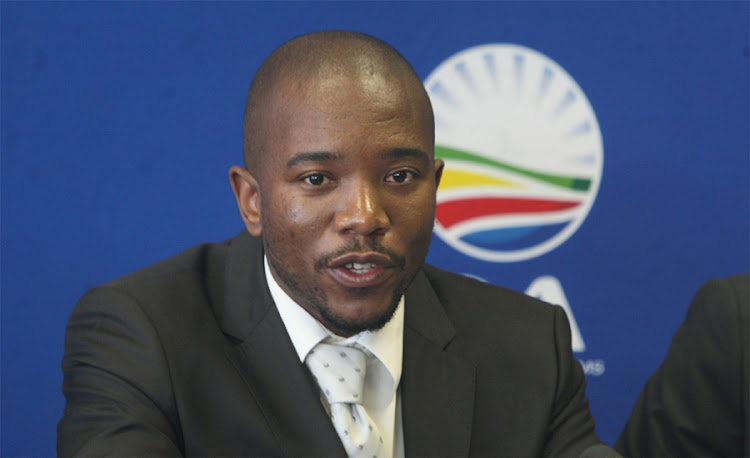 The DA wants the urgent recall of MPs to parliament to deal with the Eskom crisis.

DA leader Mmusi Maimane has written to the speaker of the National Assembly, Baleka Mbete, to request this. He also wants the National Assembly to establish an ad hoc committee on Eskom to find workable solutions to the electricity supply shortage, which has seen persistent load-shedding over the past few weeks.

The party is planning a national day of action on Friday to protest against what it says is now a national crisis.

“Today SA faces a national electricity crisis due to years of ANC corruption, looting and mismanagement of Eskom and a refusal to diversify our energy sector. With persistent blackouts in every corner of our nation, we remain on the brink of a disaster that we may never fully recover from,” Maimane warned at a media briefing Monday to outline the DA's plans.

He said that it was possible for the National Assembly, which held its last sitting on March 20, to continue working until May 7, the day before the national elections.

“While the ANC national government is in disarray, we believe parliament as the legislative arm of government must step up to the task and provide solutions before it is too late. Indeed, it is a breach of the constitutional duty of members of parliament to be out campaigning when they should be rolling up their sleeves and implementing solutions to address our national energy crisis,” Maimane said.

The DA's proposals to the ad hoc committee would be for parliament to immediately pass the Independent System and Market Operator Bill, which would break up Eskom into separate generation and supply entities. This would ensure that energy would be cheaper and more secure.

Maimane said the committee should also look into the circumstances surrounding the potentially imminent threat of the collapse of the national energy grid; invite experts and industry stakeholders for input, and summon the relevant officials and ministers to account for the current crisis and providing evidence for actions previously taken to prevent this situation.

The ad hoc committee should also propose any urgent and necessary legislative amendments to existing legislation and regulations to deal with this threat.

Maimane said he would also write to Deputy President David Mabuza, requesting an urgent meeting to establish the plans the Presidency and the special cabinet committee on Eskom have in place to deal with this crisis.

The DA wants to see Eskom's generation entities privatised and the energy entering the grid diversified to increase competition and lower costs. It wants Eskom to freeze the last two units at Kusile’s build immediately and for it to rather rely on independent power producers.

“The two big coal builds are pulling the utility deeper into a sea of debt while the units cannot run at full capacity because of design and build problems,” Maimane said.

Further measures proposed by the party are to declare Eskom’s maintenance and engineering employees as an “essential service” that cannot strike; installing smart meters for municipalities to collect revenue on time; and allowing metros that function well to source energy directly from independent energy suppliers.

“It is clear that there exists no plan to fix this mess at all levels of national government,” Maimane said.

Prospects brighter as Eskom stops load-shedding for week ahead

If the collapse of Eskom is not immediately halted and reversed‚ it could plunge South Africa  into a downward spiral from which it might never ...
National
2 years ago

RON DERBY: Leave the day-to-day operations of Eskom to its board

The breakdown of coal-fired power stations is a matter for the shareholder to deal with, instead of the executive
Opinion
2 years ago
Next Article

EDITORIAL: SA must stand up against Jacob Zuma’s nuclear option

EDITORIAL: SA must stand up against Jacob Zuma’s nuclear option