Zokwana to accelerate transformation of the fishing sector 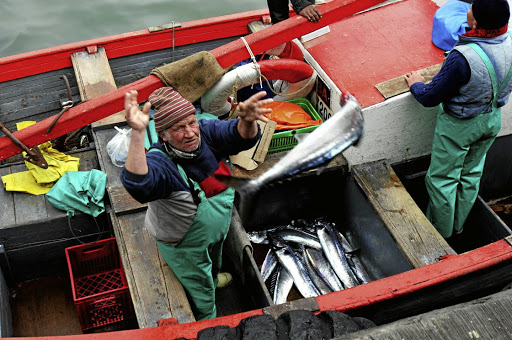 The government is accelerating efforts to transform the multi-billion-rand fishing sector so it can also benefit small-scale fishermen and black-owned businesses.

The government is concerned that the sector remains untransformed and dominated by a few companies.

In 2017, SA’s big fishing companies, Sea Harvest and Brimstone, and Old Mutual’s Masisizane Fund all committed to the establishment of a R100m fisheries development fund to assist small-scale players. The oceans economy and the broader agricultural sector presents one of the greatest opportunities to boost SA’s economic growth and create jobs.

In 2016, then president Jacob Zuma signed into law the Marine Living Resources Amendment Act, which recognises small-scale fishers who have been marginalised in the allocation of fishing rights.

Zokwana said that since the amendment of the act, which formally recognised the previously marginalised small-scale fishers in SA, his department had commenced with a small-scale fisheries programme with the aim of establishing new, small-scale players throughout the coastal communities of SA.

“This initiative has seen more than 10,000 individual traditional fishers being recognised as small-scale fishers for the first time in SA’s history, he said. “Over 200 communities in the four coastal provinces will now be able to access marine resources legally for the purpose of participating in the ocean’s economy and for food security.”

Government to sniff out fronting in fishing sector