Opposition bays for blood as he changes Bosasa funds story 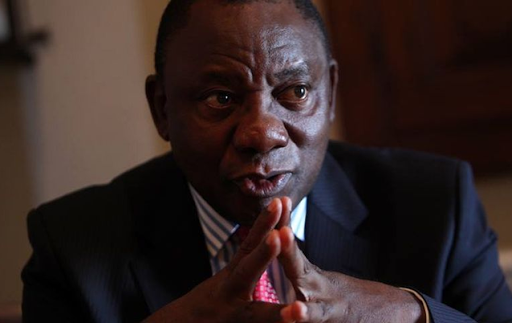 Cyril Ramaphosa's campaign manager Bejani Chauke says the president was not aware of the money donated to his election campaign by Bosasa. Picture: ESA ALEXANDER

President Cyril Ramaphosa's ambitious drive to rescue the ANC and the country from the state-capture debacle is facing its sternest test yet. Today, the president has been forced onto the back foot after he admitted this week that his election campaign received a R500,000 donation from the politically connected Watson family.

Ramaphosa's backers are meeting tomorrow to plot their next move to save a presidency that began with high promise after his election at the ANC's conference in December last year.

This week, Ramaphosa came out with the shock admission that an amount of R500,000 disclosed in parliament by DA leader Mmusi Maimane was in fact to help fund his campaign, and was not for work that his son Andile had done for the Bosasa logistics group, now known as African Global Operations, which has been named as a benefactor to several other high-profile ANC figures.

Ramaphosa's backers say they only became aware this week that the R500,000 was a campaign donation.

NATASHA MARRIAN: Personality cults are a distraction from life-and-death issues

Cyril Ramaphosa has passed up several chances to rejuvenate his cabinet and revive the sagging economy. Instead, he has opted to not recruit new ...
Opinion
3 years ago
Next Article

BEN TUROK: Reflecting openly on what went wrong with the ANC

BEN TUROK: Reflecting openly on what went wrong with the ANC