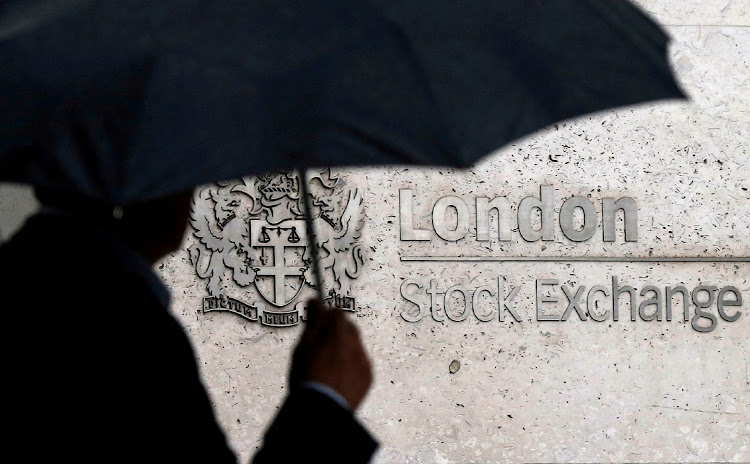 London — Global stocks fell and bond yields rose on Wednesday, while the dollar strengthened, as investors fretted over soaring inflation and the effect on global growth from looming interest rate rises.

To blame were drops in commodity-linked and tech stocks that outweighed gains in banks and consumer shares, with data showing German retail sales fell by more than expected in April as consumers felt the pinch of higher prices.

Soaring food and energy costs drove eurozone inflation to a record-high 8.1% in May, figures on Tuesday showed, stoking concern about rate rises not just in Europe but globally.

The Bank of Canada is the latest central bank set to hike interest rates, with economists expecting an increase to 1.5% from 1.0% later on Wednesday.

Market players were watching whether attempts to douse inflation by central banks across the world with tighter monetary policy would spark recessions — something that could in turn see rate hikes slow.

“It’s just an incredibly uncertain environment at the moment,” said Mike Bell, a global market strategist at JPMorgan Asset Management. “In times like that, it makes sense just to moderate the size of one’s risk positions.”

Investors were also concerned, Bell said, about whether a EU agreement on an embargo on Russian crude oil imports would see retaliation from Moscow. The ban aims to halt 90% of Russia's crude imports into the bloc by year-end.

Wall Street was set to eke out slim gains. S&P 500 futures were last up 0.1%, losing some of their gains made in early London trade.

The MSCI world equity index, which tracks shares in 50 countries, was flat.

Earlier, Shanghai emerged blinking from two months of lockdown but as data showed steep falls in factory activity across Asia from the withering of China’s demand, relief in the region was short-lived.

Eurozone bond yields, meanwhile, extended their rise in the wake of the bloc’s inflation data. Germany's benchmark 10-year yield is already up 19 basis points (bps) this week, set for its biggest weekly rise in nearly a month.

As worries over global inflation flared anew, the dollar rose to a two-week high versus the yen, buoyed by higher treasury yields. The dollar has arrested a three-week slide and hit a two-week high of ¥129.54.

The dollar index, which measures the currency against six major peers, including the yen, rose 0.2% to 102.05, extending a 0.4% rally from Tuesday.

The US Federal Reserve on Wednesday begins shrinking asset holdings built up during the pandemic. Traders expect it will raise rates by 50bps at meetings this month and next and they are unsure and increasingly worried about after that.

St Louis Federal Reserve President James Bullard and New York Fed president John Williams are also due to speak on Wednesday and will be watched for clues on the outlook.

“We’re in this kind of twilight zone now where it's just very difficult to get a handle on what the Fed are going to do after the July meeting,” said Bank of Singapore analyst Moh Siong Sim.

“Depending on who says what and how the data plays out there will be a lot of gyrations over the next few weeks.”

In commodity markets, oil prices inched higher after the EU agreement on a partial and phased ban on Russian oil and as Shanghai’s Covid-19 lockdown ended.

JSE to contend with mixed Asian markets on Wednesday

Inflation in the euro area surged 8.1% in May — the highest annual level since the creation of the single currency in 1999
Markets
1 month ago
Next Article