A redefinition of growth, putting a price on natural assets to protect them, and unexpected possibilities for SA — Investec gives investors something to think about 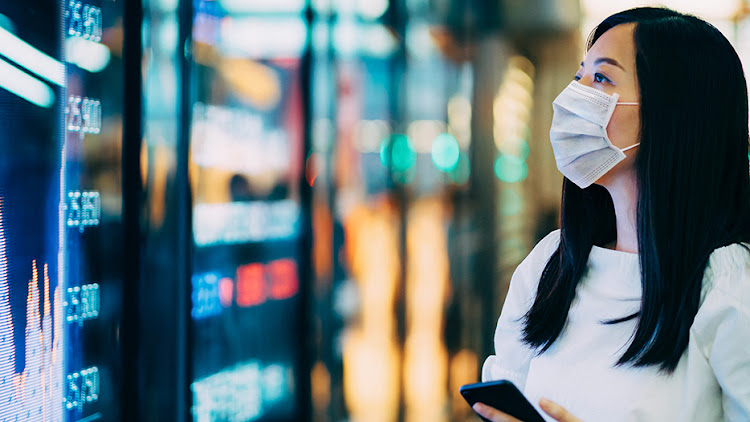 “If the study of public quantitative information is not going to be very profitable, then to be an extremely successful investor you have to either deal with qualitative information about the present or guesses about the future or both.” — Howard Marks, co-founder: Oaktree Capital Management

When Marks, one of the legendary investors of our era, spoke to Max Richardson, senior investment director at Investec Wealth & Investment UK, he shot down the notion that investment strategy is all about the numbers.

Sure, the numbers still matter. But in Marks’s view, contrarianism — the tonic of “extremely successful investors” — requires less calculating (machines have that covered) and more thinking.

With that in mind, Investec highlights three investment themes to ponder in 2022:

1. Growth isn’t what it used to be

The number one anxiety of any practising growth investor is this: will the business sustain its earnings growth? The principle of diminishing returns to scale is the reason they worry. It states:

Past a certain point, the increase of production inputs leads to a less than proportional increase in output.

In simpler terms, the bigger something gets, the harder it becomes to keep growing at a constant rate.

For millennia, businesses have transitioned from growth to maturity, bending to the will of diminishing returns. But the internet and code are creating companies that don’t play by those rules. And in the process, they are redefining what “growth” means.

“Take Microsoft, the second biggest company in the world by market cap. At the end of 2021, it posted its fastest growth rate ever because it’s experiencing increasing returns to scale. Past a certain point, the cost of servicing their next customer drops to near zero, which means the full value of an Office or Cloud subscription falls to their bottom line. This new-world dynamic makes for enormously profitable companies,” said Richardson.

Companies freed from diminishing returns can be valued with much lower discount rates. That permits higher valuations. To invest and stay invested in these businesses requires a recognition of such.

Investors can generate returns by owning financial assets, such as shares and bonds, or real assets such as property and commodities. What makes both cohorts investable? Mostly, it’s because we can value and assign ownership to them.

When something cannot be valued or its ownership bestowed, a return cannot be had. Often, that leads to neglect. The most high-profile victims in this case are our natural assets.

If we don’t know the value of the CO2 a tree pulls from the air, then we’ll cut it down for the price of its timber. If we can’t own a blue whale, there’s less incentive and resources to protect it.

When something can’t be valued or its ownership bestowed, a return cannot be had. Often, that leads to neglect. The most high-profile victims in this case are our natural assets

Enter the brilliance of 21st century technology. Our astounding ability to generate, capture and process data has turned us into, among other things, masters of measurement and tracking.

Using drone and satellite surveillance, we can gauge individual tree health and the rate of deforestation. Keeping tabs on a single blue whale is trickier, but pod movements and size can be monitored.

To be sure, that calculation belongs on a napkin. Blue whales are surely worth more. But it’s an illustration of how value could be ascribed. And how we might begin to incorporate “externalities” such as environmental impact into corporate income statements and company valuations.

“This is an underdeveloped idea, but if we’re going to stop the exploitation of our natural capital, then we need to put a price on it that we can include in our accounting. That will allow us to calculate a return on invested capital that doesn’t ignore externalities. A centralised financial system contributed to the neglect of natural assets. Blockchain technology could remedy that,” said Richardson.

Few asset classes can claim to be aloof of US interest rates. It’s why the debate about whether US inflation is transitory or not has been so impassioned.

US core inflation hit 4.6% last October, the highest level since 1991. It’s clear that global supply chain bottlenecks have contributed to that rise. Shipping costs are beginning to moderate, as is the shortage of semiconductor chips. Demand, however, looks resilient.

“Towards the end of last year, retail and online sales in the US were running at 20% and 40% above pre-Covid levels respectively. Wages are also up, businesses are short-staffed, and many Americans saved their stimulus cheques. Those factors should continue to support consumer spending,” said Chris Holdsworth, chief investment strategist at Investec Wealth & Investment.

If US inflation is demand rather than supply-led, then the likelihood of the Fed raising rates is increased. In theory this should lead to a stronger dollar.

But Holdsworth makes the point that it’s the growth of the US economy relative to other major trading partners that determines the value of its currency. And with superior European growth expectations, he expects a stable-to-weaker dollar over the next two years or so.

The glaring risk to the first point is a slowing down of economic growth in China, which accounts for an outsize proportion of the global demand for raw materials. Anything that looks likely to jeopardise this growth, like the Evergrande scandal and the latest China-Taiwan tension, will also tend to spook emerging market investors.

Countering that threat is the severe drop in mining exploration during the Covid-19 crisis, which has crimped the supply of commodities. That presents investors with an opportunity. It might also pay to remember that SA has a resilient mix of natural resources: if coal goes out of fashion, we’ve got the platinum group metals (PGMs) needed for hydrogen production and EV battery technology.

SPONSORED | In this edition of Investec’s No Ordinary Wednesday podcast, five experts explain what the new year holds for canny investors
Business
5 months ago

The risk to the second point is that SA inflation crashes through the upper end of the Bank’s inflation targeting band.

Holdsworth offered the following insight on that possibility: “SA businesses haven’t had the kind of economy where they can just pass on rising input costs, so our consumers are not as vulnerable to offshore inflationary pressures as they might otherwise have been. As things stand, we think the market is pricing in higher inflation and more rate hikes than will transpire.”

If he’s correct, the current yields on both our government bonds and interest rate-sensitive equities such as banks and retailers present real opportunities.

Machines may have denuded us of quantitative opportunity. But there’s still plenty opportunity to profit from a different take.

This article was paid for by Investec and originally appeared on Investec Focus.

The views and opinions expressed are those of the contributors at the time of production and do not necessarily represent, and do not purport to represent, the policies, opinions or views of Investec Wealth & Investment or its affiliates, or of any other persons or legal entities mentioned or discussed by Investec Wealth & Investment or the contributors in this article. All rights reserved.