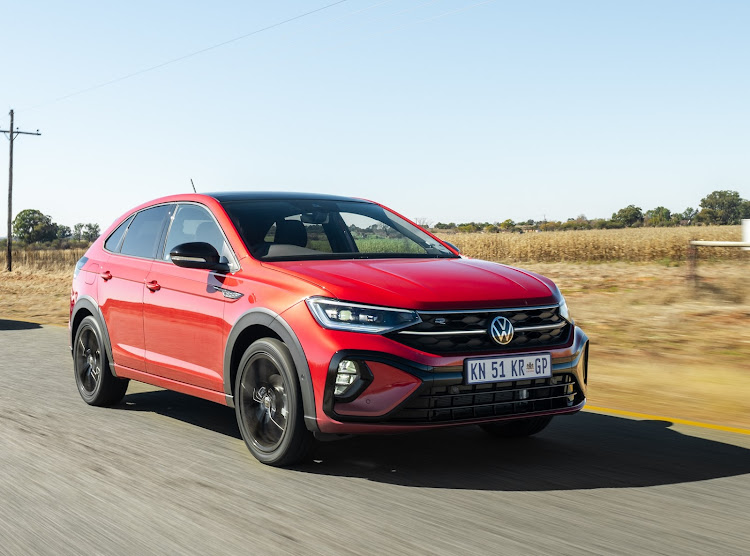 The flagship Taigo R-Line can be decked out in an optional black style package. Picture: SUPPLIED

Compact SUVs are all the rage, and Volkswagen SA has launched another competitor into the fray with its new Taigo, imported from Spain.

Available in three variants, all powered by a 1.0l three-cylinder petrol turbo engine, the flamboyantly styled Taigo fits between the brand’s existing T-Cross and T-Roc models.

While some might wonder whether there was really a new niche to fill in the brand’s extensive SUV line up, which also includes the larger Tiguan and Touareg models, Bridget Harpur, head of marketing at VW SA, describes Taigo customers as “self-styled go-getters who want to stand out from the crowd”.

With its coupé-like roofline the new model is aimed at a more individualistic audience than the more traditionally-styled T-Cross, she says, but without compromising on family practicality. In fact the 4,266mm Taigo is a little longer than the 4,235mm T-Cross, giving it good interior space and a larger boot (440l vs 377l). Both cars have spacesaver spare wheels.

The sporty slope of the Taigo’s roof doesn’t impinge on rear head room, and full-sized adults have generous head- and leg-space in the back seat. The back seats flip down to accommodate larger cargo.

Based on the popular Polo hatch, the Taigo is a smart-looking thing that should appeal to young-at-heart buyers. Priced from R429,900 to R486,000, the three-model Taigo range comes with a fairly high level of comforts and, hooray, it has soft-touch plastic on the dashboard, providing a more upmarket interior vibe than both the T-Cross and the T-Roc with their hard surfaces.

The flagship R-Line offers a black headliner, stainless steel pedals, rear privacy glass, and bumpers with a striking R-Line design. The R-Line can be decked out in an optional black style package. Other extra-cost items available across the range include a Beats sound system, inductive smartphone chargers, heated seats, panoramic sunroof, and IQ Drive safety with lane-change and blind-spot assist, and emergency braking. 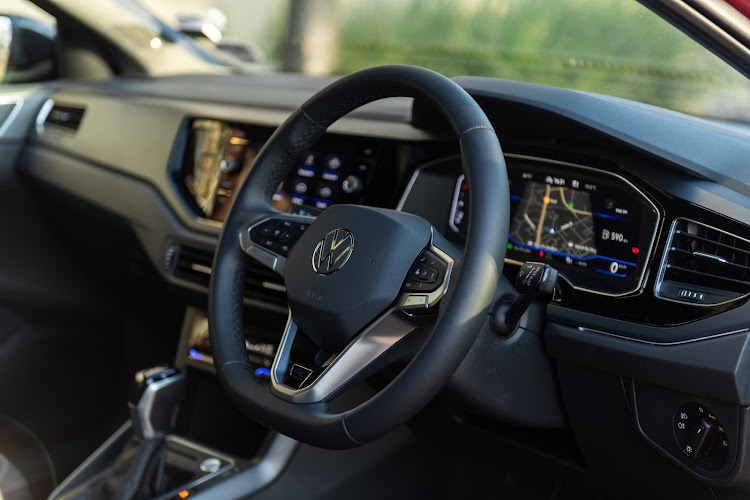 No leather seats are available in the Taigo range, but the cloth upholstery in the range-topping R-Line models looks smart with its diamond pattern in multi-tone grey. The seats are well-bolstered for cornering support and proved comfortable during an extended drive at the Gauteng-based launch.

The car is refined and rides with minimal wind or road noise. It feels solid and has a comfortable ride quality, without excessive jittering on potholed roads.

The three-cylinder engine punches above its weight. The modest-sounding 85kW power output is combined with a gutsy 200Nm of torque, providing easy-going pace in urban and freeway driving, without having to be worked hard. The maximum torque is on call at just 2,000rpm, a low-revving performance that contributes to the car’s frugal consumption. VW claims a 5.4l /100km average and the car’s computer showed a low of 6.0l during our open-road test drive, and around 9l in city driving.

The Taigo takes on rivals such as the Peugeot 2008 and Opel Mokka in a niche for sporty-styled crossovers, and VW expects to sell around 5,000 units a year in SA.

With March sales returning to pre-pandemic levels, here are the chart topping cars and bakkies
Life
2 months ago