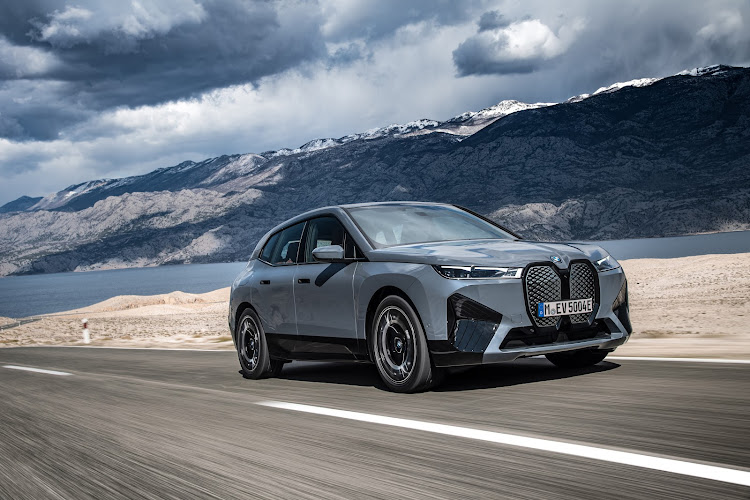 The battery-powered SUV is launched with a choice of two models, both bearing a giant vertical kidney grille. Picture: SUPPLIED

The BMW iX has gone on sale in SA, the second all-electric car from the German carmaker after the i3. The third, BMW’s i4, is scheduled for a local debut in the second quarter of 2022.

The battery-powered SUV is launched with a choice of two models, both bearing the giant vertical kidney grille that recently debuted with the petrol-powered 4 Series coupé. With no engine to cool, the grille is cosmetic, though it does house sensors for the car’s semi-automated driving and parking functions.

Apart from its giant nostrils, the iX stands out with distinctive slim head and tail lights, flush-fitted door handles and frameless side windows.

The xDrive50 has a high-voltage 105.2kWh battery for a claimed range of 630km, while the xDrive40’s 71kWh battery is said to be good for 425km before needing a recharge.

Performance figures are quoted at 0-100km/h in 6.1 seconds for the baseline version and a brisk 4.6 seconds for the xDrive50, with the top speed in both cars pegged at 200km/h. 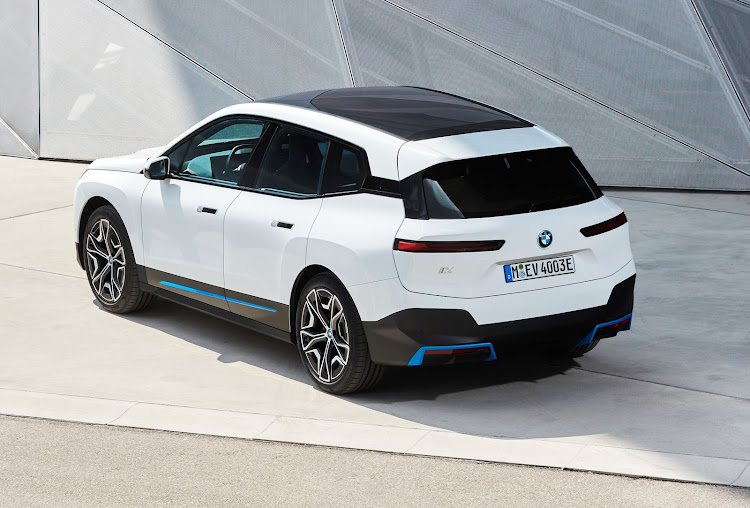 The iX is similar in size to BMW’s X5, and to save weight and increase rigidity it’s constructed of an aluminium space frame, with most of the body made of carbon fibre-reinforced plastic (CFRP).

The battery is located in the underbody to lower the centre of gravity, combined with even weight distribution to make handling more agile. Air suspension with electronically controlled dampers, rear-wheel steering and sport brakes can all be found on the options list.

As an alternative to the standard 20-inch light-alloy wheels, there is a choice of 21-inch and 22-inch Air Performance Wheels. These can be fitted with noise-reduced tyres, which have a layer of foam on their inner surface to improve acoustic comfort.

The intelligent all-wheel-drive system varies the drive torque sent to the front and rear wheels to maximise traction in all driving situations. The fully variable power transmission can be pure rear-wheel drive.

Inside, the minimalist and digitised cabin includes a curved 12.3-inch infotainment display angled towards the driver. Over-the-air updates keep the vehicle software up to date, and the navigation system uses cloud-based BMW Maps with augmented reality video. 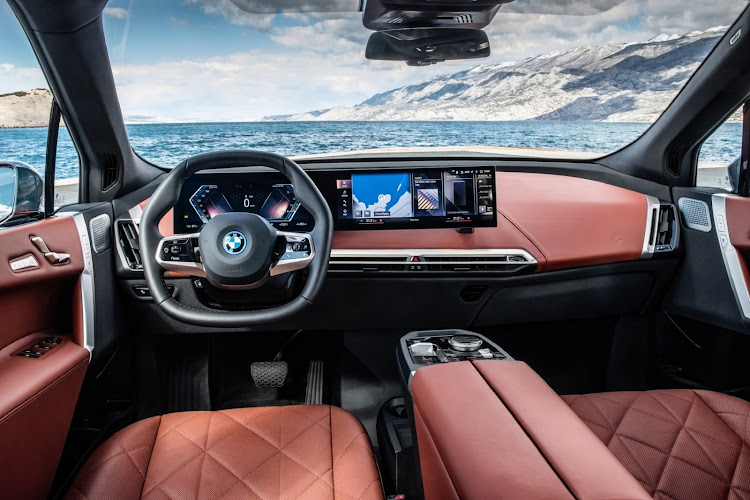 Inside, the minimalist and digitised cabin includes a curved 12.3-inch infotainment display angled towards the driver. Picture: SUPPLIED

The BMW iX has the most extensive set of standard driver assistance systems yet seen on a BMW, including a parking assistant, reversing camera, and a front collision warning system that detects cars, cyclists and pedestrians.

Optional driver-assist features include lane-keeping assist and active cruise control, and an exit warning function alerts drivers to the presence of cyclists or pedestrians in the surrounding area before the doors are opened.

The car makes a sound to warn pedestrians of its approach, and also features a specially composed drive sound to liven up the driving experience from inside the cabin.

The luxury EV is priced from R1.99m to R3.3m and reservations are open
Life
8 months ago