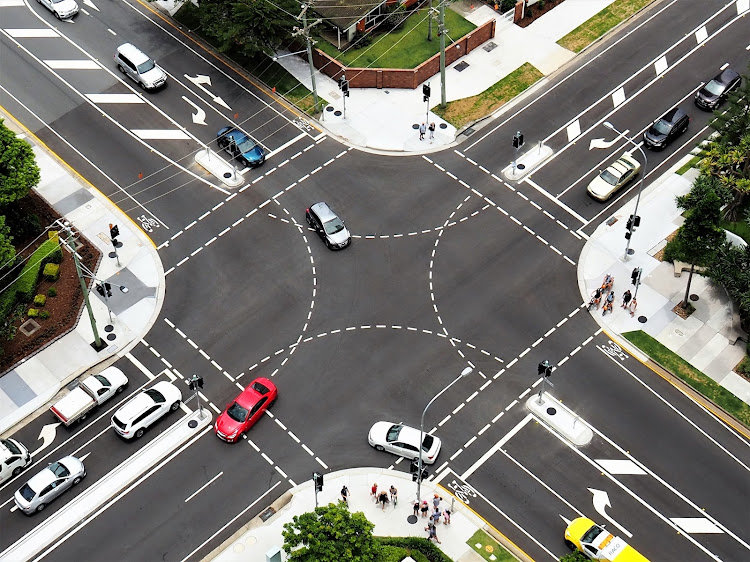 Whose turn is it? Dead traffic lights needn’t cause a nightmare at intersections. Picture: SUPPLIED

Load-shedding has made another unwelcome visit to SA and for drivers this means more time spent in traffic, more frustration, and the potential to be affected by other drivers’ lack of consideration.

One place in particular where this occurs is at dead traffic lights. In theory, every driver knows that an intersection that is normally managed by traffic lights becomes a four-way stop when the lights are out.

“Many drivers, however, do not follow this rule, consequently, creating chaos at intersections,” says Eugene Herbert, CEO of the MasterDrive driver training organisation.

He offers the following tips on getting safely through intersections during load-shedding:

* Slow down as you approach the intersection — even if it looks like there are no other vehicles around.

* Come to a complete stop and yield way to cars that were at the intersection before you.

* Remember to expect flow of traffic from all directions, including drivers turning.

* Do not assume because it is your turn to go, that every other driver will respect this. Double check every lane before you go. This is especially true for drivers turning right across the intersection, as other drivers tend to pay less attention to this lane.

* If you do start to go but see another driver coming or about to cross the intersection at the same time, rather let them go than persist on your course and risk a collision or road rage incident.

* If there is a driver that does not stop and continues through the intersection irrespective of whether they are supposed to go yet or not, again, rather let them cross than get into an altercation or get frustrated with them.

* Do not forget pedestrians and cyclists have to cross intersections too and have as much right to do so as cars.

* Watch out for reckless drivers that overtake in the emergency lane as they will eventually need to move back into the road.

* The most important tip: check, double check and check again before you move and while you are crossing the intersection.

Driving unbuckled is not the anti-hijacking answer, MasterDrive says

Can our brains be rewired to make us better drivers?