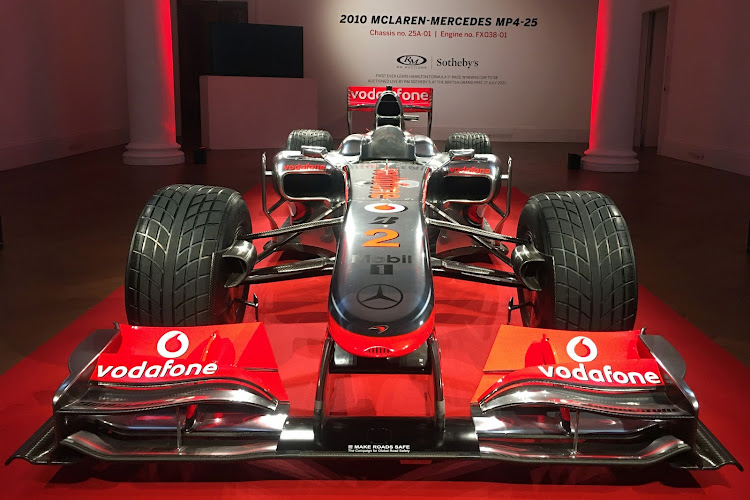 The car was sold to an unnamed buyer at the RM Sotheby’s auction that took place as part of the British Grand Prix weekend, and the MP4-25A was driven around the track after Saturday’s sprint qualifying event.

It was the first time a race-winning F1 driven by the seven-time champion was offered to the public.

Powered by a Mercedes-Benz 2.4l  naturally aspirated V8 engine, chassis number MP4-25A-01 was the first car to be built for the 2010 F1 World Championship and achieved a number of important results for the McLaren team.

The car, which was sold by an unnamed private collector — though not Hamilton or McLaren — won the 2010 Turkish Grand Prix after the Red Bulls of Mark Webber and Sebastian Vettel collided while leading one-two.

Hamilton drove it in four races that year, 2009 world champion teammate Jenson Button in five, and it achieved three podium finishes and a fastest lap.

The car was restored by McLaren Racing Heritage and Mercedes-AMG High Performance Powertrains, allowing the new owner to use it on the track.