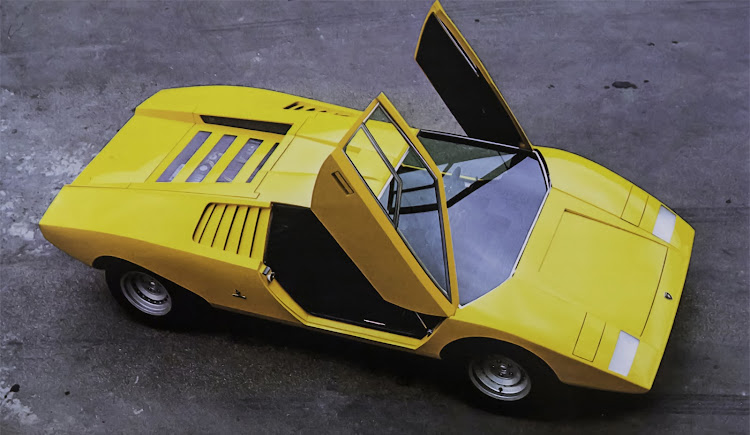 Marcello Gandini’s design has stood the test of time and the Countach LP500 still has all the visual drama it did when it was unveiled in 1971. Picture: SUPPLIED

The Lamborghini Countach was displayed on the bedroom walls of an entire generation, and today the Italian cult sports car commands premium prices at classic auctions.

This week the Lamborghini Countach LP 500, the prototype of the V12-engined beauty, turned 50. It was on March 11 1971 that the striking yellow LP500 made its first public appearance at the Geneva Motor Show on the stand of Carrozzeria Bertone, the Italian design house responsible for the car’s futuristic styling.

Its unveil was so successful that the company raced against time to satisfy the customers’ requests and transform the futuristic show car into a production car. The Countach LP 500 was unveiled on Carrozzeria Bertone’s stand because Lamborghini’s Geneva Motor Show stand featured the latest arrival of the House of the Raging Bull: the Miura SV.

The Countach project, with internal code number LP112, where LP indicates the rear longitudinal position (“Longitudinale Posteriore” in Italian) of the 12-cylinder engine, stemmed from Ferruccio Lamborghini’s desire to maintain the image of a company at the forefront of style and technology after the Miura.

The beautiful, clean, futuristic lines of the Countach, still so after 50 years, were styled by Marcello Gandini, Bertone’s design director. Gandini was also responsible for the decision to use the scissor doors, which since then have characterised Lamborghini’s 12-cylinder models.

The LP 500 was a substantially different car than the Countach that would go into production in 1974. It had a platform frame rather than a tubular one, it was equipped with a one-of-a-kind 12-cylinder 4,971cc engine, the engine air intakes had a shark gill design, and inside it featured sophisticated electronic instrumentation.

The origin of the name of this car lies in the dialect of the Piedmont region in Italy. In its final stages of assembly the car was hidden in a farm shed and was discovered by a farmer who exclaimed in amazement and enthusiasm, “Countach!” (a word in Piedmontese dialect expressing wonderment). 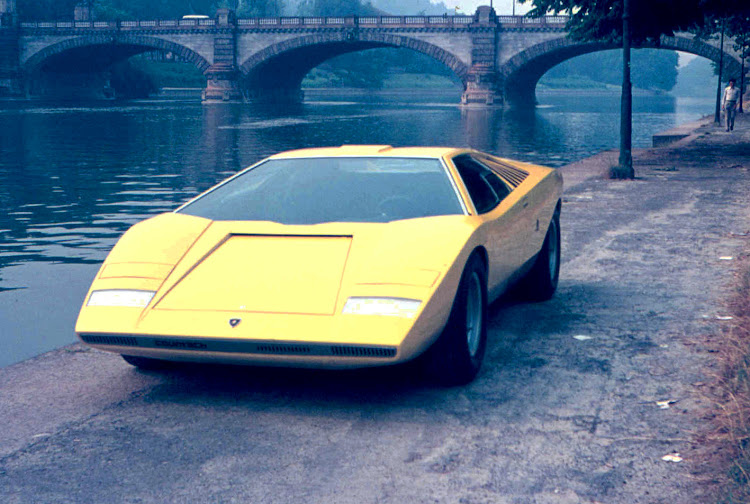 Countach is an expression of astonishment in the Italian Piedmontese dialect, and it was a fitting name given to perhaps the most astonishing Lamborghini of them all. Picture: SUPPLIED

After the LP 500’s success in Geneva, Lamborghini’s chief test driver Bob Wallace used the car, equipped with a more reliable 4l engine, for road testing. The career of this car ended at the beginning of 1974 when it was used for the crash tests required for the homologation of the production car, and subsequently scrapped.

The production version of the V12 mid-engined supercar was cramped, difficult to drive (you needed a bodybuilder’s leg to press the clutch), and had virtually no rear view through its letterbox-sized back windscreen. But that beautifully angular wedge shape and scissor doors ensured the Countach’s place in the annals of automotive legend, and its V12 wasn’t short of power either. The most powerful version of the car, the 5.2l quattrovalve, had a top speed of 298km/h - not a bad feat for 1985.

A total of 1,999 Countachs in five different series were produced from 1974 to 1990, during which time they starred in numerous films.

Bizzarrini hasn’t made a car since 1969 with the average value now of a Bizzarrini 5300 GT Strada in perfect condition standing at $1.2m
Life
3 months ago

Sián Roadster is Lamborghini’s most powerful car yet

Lamborghini posts record sales in second half of 2020

Lamborghini posts record sales in second half of 2020