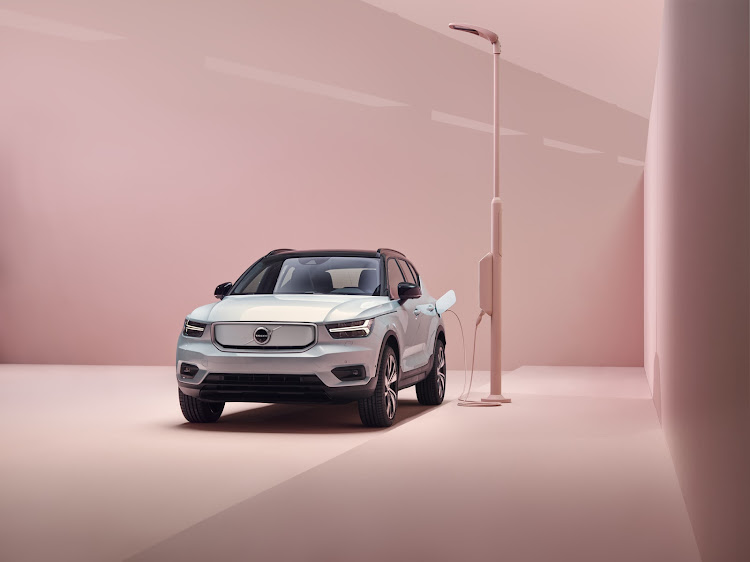 Volvo has announced that its XC40 Recharge Pure Electric, the first electric vehicle (EV) from the Swedish luxury brand, will be launched in SA in the second half of 2021.

The battery-powered compact crossover will join the BMW i3, Jaguar I-Pace and Mini Cooper SE as the full-electric vehicles available in SA, with Audi, Volkswagen and Mercedes-Benz also to launch EVs in the near future.

The XC40 Recharge has a range of more than 400km on a single charge and can be charged to 80% of its battery capacity in as little as 40 minutes using a fast charger, said Greg Maruszewski, MD of Volvo Car SA.

With twin electric motors producing 304kW power and 660 Nm torque, the battery-powered XC40 Recharge promises a brisk 0-100km/h time of just 4.9sec. The lack of an internal combustion engine frees up space for an additional 30l storage compartment, or “frunk”, under the front bonnet, while the placement of the batteries under the centre of the car means space is not compromised elsewhere.

The XC40 is the first of five fully electric cars to be launched by the Swedish company over the next five years.

“Volvo Cars will launch a fully electric car every year, as we look to make all-electric cars 50% of global sales by 2025, with the rest hybrids. Recharge will be the overarching name for all chargeable Volvos with a fully electric and plug-in hybrid power train,” Maruszewski said.

The launch of the XC40 Recharge is a significant step towards Volvo Cars’s ambition to reduce its CO2 footprint per car by 40% by 2025. “By 2030, the company aims to only build electric cars,” he said.

Volvo dealers will start taking orders for the XC40 Recharge in April and deliveries will commence in August.

The price of the XC40 Recharge will be confirmed later in March.