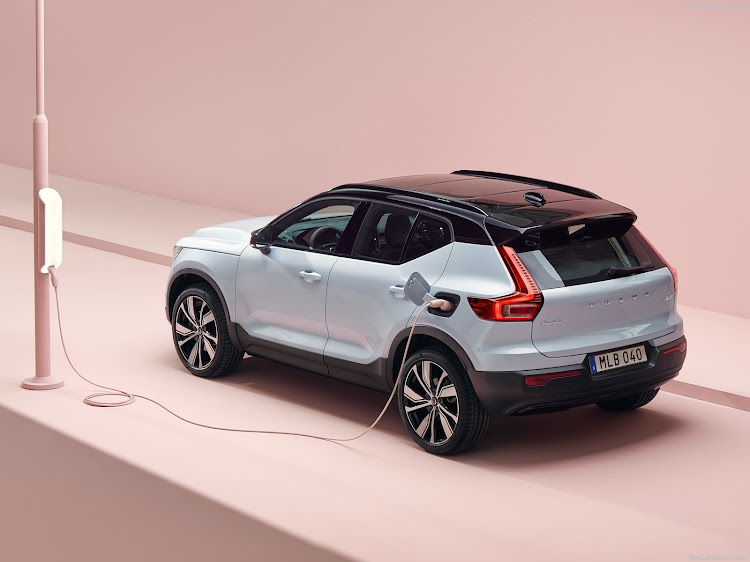 London — Volvo’s entire car line-up will be fully electric by 2030, the Chinese-owned company said on Tuesday, joining a growing number of carmakers planning to phase out fossil-fuel engines by the end of this decade.

“I am totally convinced there will be no customers who really want to stay with a petrol engine,” Volvo CEO Håkan Samuelsson told reporters when asked about future demand for electric vehicles (EVs). “We are convinced that an electric car is more attractive for customers.”

The Swedish carmaker said 50% of its global sales should be fully-electric cars by 2025 and the other half hybrid models.

Owned by Hangzhou-based Zhejiang Geely Holding Group, Volvo said it will launch a new family of electric cars in the next few years, all of which will be sold online only. Volvo will unveil its second all-electric model, the C40, later on Tuesday.

Samuelsson said Volvo will include wireless upgrades and fixes for its new electric models — an approach pioneered by electric carmaker Tesla.

Carmakers are racing to switch to zero-emission models as they face CO2 emissions targets in Europe and China, plus looming bans in some countries on fossil fuel vehicles.

Last month, Ford Motor said its line-up in Europe will be fully electric by 2030, while Tata Motors unit Jaguar Land Rover said its luxury Jaguar brand will be entirely electric by 2025 and the carmaker will launch electric models of its entire line-up by 2030.

In November 2020, luxury carmaker Bentley, owned by Germany’s Volkswagen, said its models will be all electric by 2030.

Electrification is expensive for carmakers and as EVs have fewer moving parts, employment in the automotive industry is expected to shrink.

Last week, the head of Daimler’s truck division said going electric will cost thousands of jobs in the company’s powertrain plants in Germany.

Volvo said it will invest heavily in online sales channels to “radically reduce” the complexity of its model line-up and provide customers with transparent pricing.

Via volvocars.com customers will be able to choose from a simplified range of pre-configured electric Volvos for quick delivery — but they will still be able to order custom-made models.

Electrification is shaking up the industry globally, and SA faces a stern test of its regulatory relevance and competitive advantages
Business
9 months ago

The cost of the recall, mostly for its Kona crossover, of $900m shows how pricey the move to electric vehicles can be
Companies
9 months ago