Nona Gaprindashvili has filed a $5m defamation lawsuit against Netflix over a line in the hit series, which her lawyers say is false and sexist 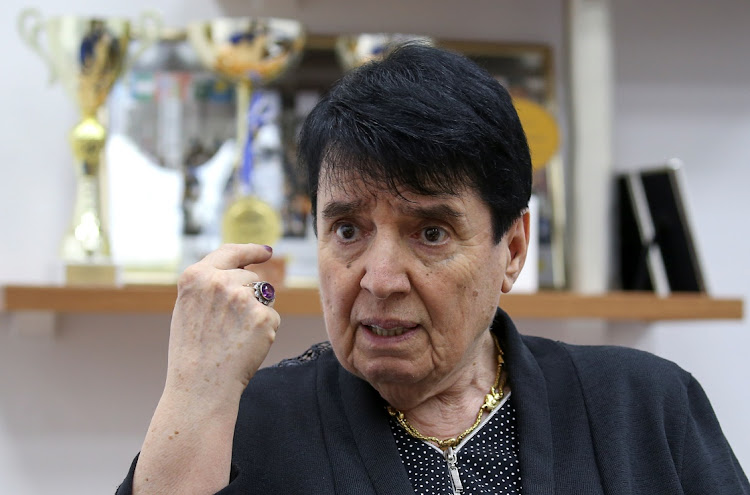 Nona Gaprindashvili, a Soviet-era chess grandmaster from Georgia, speaks during an interview in Tbilisi, Georgia on May 10 2019. Picture taken May 10, 2019. REUTERS/IRAKLI GEDENIDZE

Tbilisi - The world's first female chess grandmaster, Nona Gaprindashvili, has filed a $5m defamation lawsuit against Netflix over a line in its “The Queen's Gambit” series, which her lawyers say is false and sexist.

The 80-year old Soviet chess icon, a hero in her native South Caucasus Republic of Georgia, was described in the show's last episode as a female champion who had “never faced men”.

The suit filed on Gaprindashvili's behalf in a US federal court in Los Angeles said the reference to her was “degrading her accomplishments before an audience of many millions”.

The legal papers seen by Reuters said the five-times world champion was “the first woman in history to achieve the status of international chess grandmaster among men”.

She had played against at least 59 male chess players by 1968, the year in which the episode was set, according to the legal papers.

Netflix did not immediately reply to a request for comment but was cited in US media as saying it would “vigorously defend the case”.

“We believe this claim has no merit,” a spokesperson for the US streaming giant was quoted as saying.

“The Queen's Gambit”, based on a 1983 novel by Walter Tevis, tells the story of young orphan Beth Harmon who becomes the world's best chess player in the Cold War era.

Harmon, who is played by Anya Taylor-Joy, is described by Netflix as someone “determined to conquer the traditional boundaries established in the male-dominated world of competitive chess.”

The series won two Golden Globes this year and nabbed 18 nominations at this weekend's 73rd Primetime Emmy Awards. It is said to have inspired more women to take up chess.

Gaprindashvili's lawyers say the series, released in October 2020, caused her professional harm and want the line about her never facing men removed, calling it “grossly sexist and belittling”.

TOM EATON: Dubai in the veld will be too smart to be a picnic